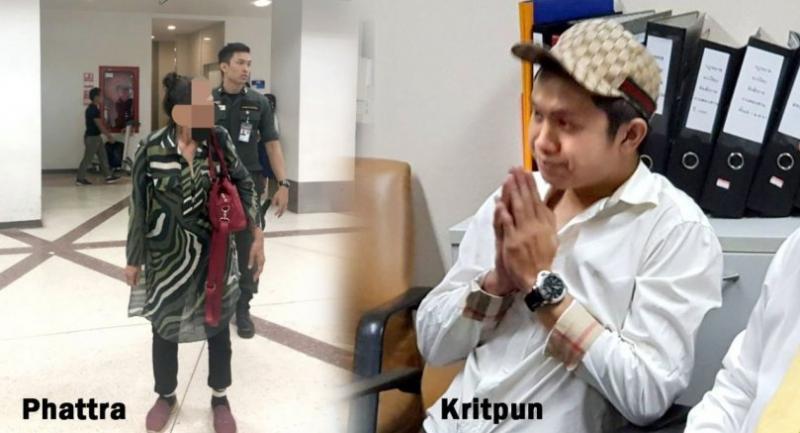 POLICE HAVE charged two “hot-headed” perpetrators in two separate assault cases despite their claims of suffering from serious illnesses.

Phattra Boonchaliew, 63, who is reportedly suffering from Alzheimer’s, seriously injured a security officer when she crashed into him with her pickup truck at Chiang Mai International Airport on Monday at 4.15pm. After crashing into the man, Phattra reportedly got out of the vehicle and behaved as if she had no memory of what she had done. Speaking incoherently and in a confused state, she was taken to Phuping police station. The doctor who has been taking care of her was called in and he produced a hospital certificate showing that she was being treated for both Alzheimer’s and Parkinson’s. Her family have told police that they will take responsibility for all damages caused and will also cover the medical expenses of 27-year-old security officer Watchara Chaiwong, who’s right leg was broken in the crash.

However, Watchara’s father Pikul wants the woman to be prosecuted because her actions were “excessively violent”.

Police are gathering evidence, including CCTV footage in the area, and will be summoning Phattra for testimony on August 22, Phuping inspector Pol Lt-Colonel Thongchai Bua-ngern said.

Airport security officers told police that Phattra had come to see her friend off at the airport and had violated the one-hour parking limit in front of the passenger terminal, so her vehicle was clamped. Upon realising her pickup had been locked, Phattra got angry and after paying the Bt400 fine, she ran her truck into Watchara, who was directing traffic. She then crashed into a Ford saloon, a Mercedes Benz, a Toyota van and a Toyota Fortuner. Phattra’s family have given the owners of the last two vehicles Bt15,000 and Bt30,000 respectively in compensation.

This case has prompted airport deputy director Wasin Polnawee, who visited Watchara in hospital, to urge people to adhere to the airport’s parking regulations and maintain orderliness.

In the second case, 23-year-old Kritpun Kitjit slapped saleswoman Saijai Trinet, 30, on Sunday at a Bangkok mall in anger because he could not get a replacement or refund for the faulty iPhone he had bought earlier. A video clip of the assault has gone viral and drew negative criticism on social media.

On Monday evening, the two sides reached a settlement that was witnessed by officers from the Bang Yi Khan police station. Kritpun later told reporters that he had apologised and compensated the victim, and also wanted to apologise to society for his violent behaviour. He added that he wasn’t above the law and though his parents had taught him well, he couldn’t control himself. He also admitted that he has been taking medication for depression over the past six years after breaking up with his girlfriend. A police source said Kritpun, who was fined Bt5,000 and faces assault charges, had given the victim Bt50,000 in compensation.