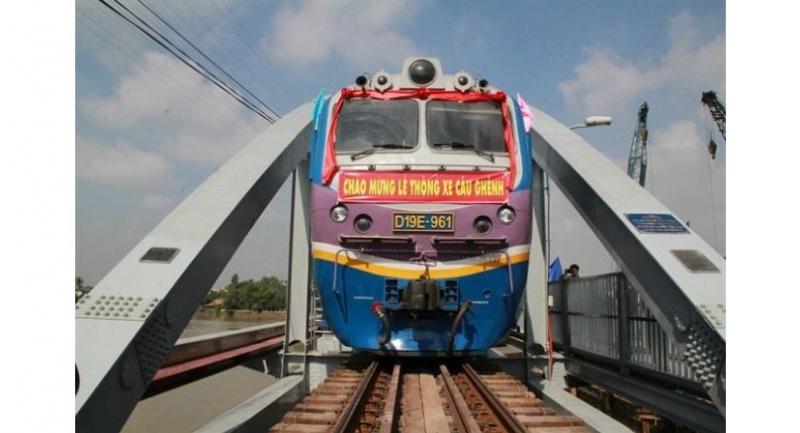 The new north-south high-speed railway connecting Hanoi and HCM City over a distance of 1,545 kilometres is expected to run mainly on elevated sections and below ground to avoid creating more level crossings.

The plans were revealed in a draft pre-feasibility report conducted by joint venture consultant contractor Tedi-Tricc-Tedisouth.

The proposed railway route would avoid complex terrain and geological structures but still run close to major cities along a north-south corridor, the report said.

It was expected to have a total of 23 stations, including five main stations, and five depots, the Voice of Viet Nam (VoV) online newspaper reported.

The consultants are now negotiating with localities to select suitable places to set up the stations and depots.

Representatives of the consultancy companies said the main differences between a high-speed railway and one for traditional trains were the signalling and other technologies.

There are two major options for building railways today. In the first, trains are operated by a push-pull technology used in France, Germany and Korea. Alternatively, a train can be run using distributed traction technology, the approach now taken in Japan and Taiwan.

In terms of railway signalling, many countries currently use track circuits. However, the consultants are also studying automatic signalling and train control systems based on radio information.

Deputy Minister Nguyen Ngọc Đong said the criteria to select which technology to use depends on what could be mastered locally.

The ministry will submit a report to the government before submitting it to the National Assembly for approval.