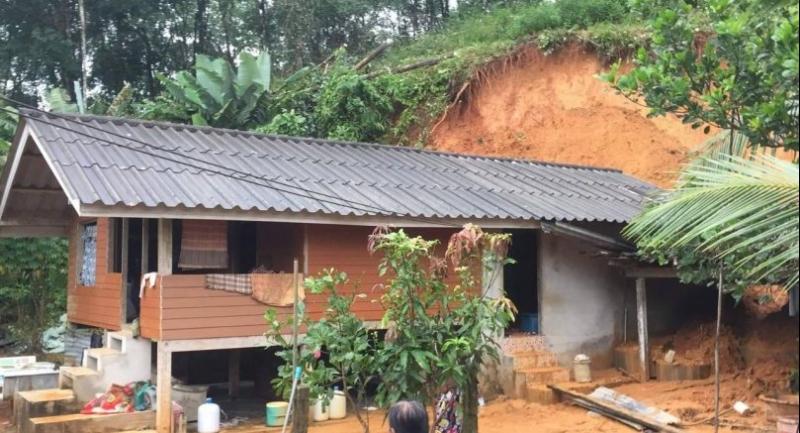 At Ban Moh (Moo 1), they visited female villager Prapan Chaisongkram's house which was partially buried under a landslide. She and her family escaped and there was no injury.