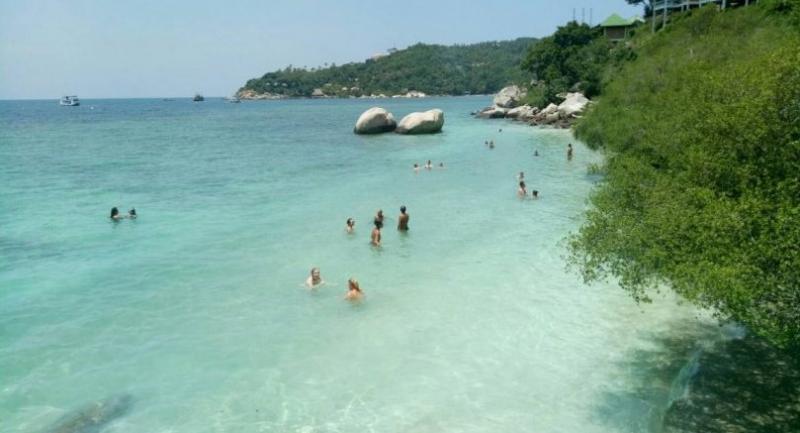 By SURIYA PATATAYO
The Nation

A BRITISH teenager who told police in her homeland she’d been raped on Koh Tao in June filed no such complaint with authorities here, Pol Colonel Krissana Pattanacharoen, a deputy spokesman for the Royal Thai Police, said yesterday.

The 19-year-old Londoner, whose name has not been released because of the nature of her accusation, only told police on neighbouring Koh Phangan that she’d been robbed of her belongings and cash on June 25.

The rape allegation came to light after a British tabloid, the Daily Mail, picked up the story from the Samui Times, which reported it on August 26.

The Samui Times claimed the woman left Koh Tao after the alleged assault and reported what had happened to police on Koh Phangan. “The police were happy to make a report of the robbery, but refused to take any details of the rape,” the local newspaper said.

The girl returned to England on July 2 and gave police there a T-shirt believed to hold a sample of her attacker’s DNA.

Phangan police commander Pol Colonel Sathit Kongniam told reporters the woman arrived at his station with a male friend and filed a complaint saying only that she’d been robbed of money and her belongings while on Koh Tao.

His men “tried to tell her to file the complaint on Koh Tao because the incident happened there”, Sathit said. “The two claimed it was inconvenient, so we took the complaint.”

The woman said she wanted police documentation so she could claim insurance, Sathit said. “She said nothing about being assaulted or raped.”

After he learned about the rape allegation, Sathit said, he assigned officers to check security cameras in the area of the bar on Koh Tao where the woman claimed to have dined prior to the incident.

Camera recordings were being checked particularly for the day the woman came to the station, he said, and witnesses would be sought.

The Samui Times said the woman had a drink at a bar called the Fish Bowl, moved on to the Leo for another, and began feeling very tired. “She then passed out and later woke up on the beach with no shorts or underwear, with a man next to her who was smiling,” it said. “He then left the scene.”

The newspaper noted that the Leo is near the scene where British backpackers Hannah Witheridge and David Miller were brutally killed in 2014.

That double murder, sensationalised by the British press, put Koh Tao on the world map as a dangerous place for tourists.