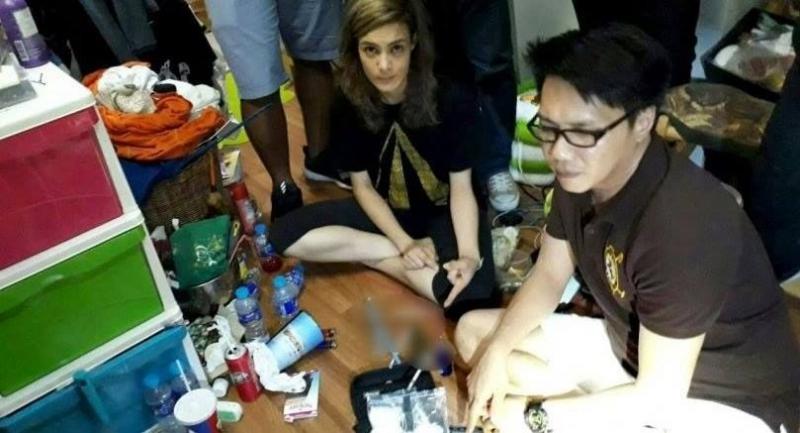 Actress Amelia “Amy” Jacobs, a former Miss Teen Thailand, was acquitted on Tuesday of trafficking in drugs, but her boyfriend was sentenced to 25 years in prison.

The judge at Min Buri Provincial Court found 29-year-old Amelia guilty of illicit drug use and handed her a three-month suspended jail term. She was also ordered into a rehabilitation programme.

Amelia had been held in remand prison for the 11 months since her arrest.

She and her boyfriend, pub manager Poonyawat Hirantecha, 41, were arrested last September 19 at a house in Bangkok’s Sai Mai district where police seized 70 grams of crystal methamphetamine, 16 ecstasy pills and a weigh scale.

Amelia was seen taking drugs as police stormed in.