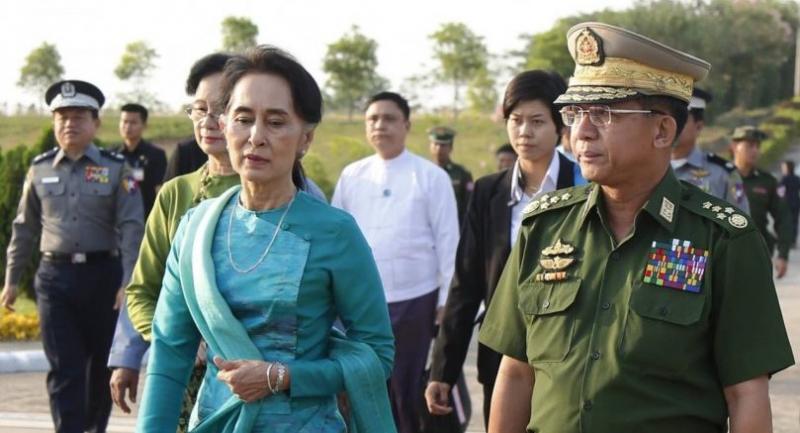 Myanmar has lashed out at the United Nations Fact Finding Mission that concluded genocide had been committed in Rakhine, saying Nay Pyi Taw did not recognise the mission, whose report was intended to create a rift between the civilian government and the military.

The UN mission report on Monday called for investigation and prosecution of Myanmar’s commander-in-chief Min Aung Hlaing and several other senior military officers for genocide, crimes against humanity and war crimes over their responsibility for violence in Rakhine, Kachin and Shan states.

The mission and international players also want to refer the case to the International Criminal Court.

“Actually, it is like an intentional attack on our country. For one thing, August 27 is not the date set for the launch of UN Fact-Finding Mission’s report, which was supposed to be submitted on September 18. But as the UN Security Council currently is holding a meeting on Myanmar affairs , we believe the report was timed as a blow to us just before the meeting,” Zaw Htay said.

“Our zero-tolerance policy on human rights violation is very clear. We have already told Tatmadaw (Myanmar military) and police to address the Rakhine conflicts cautiously and legally, respecting human rights. If there is any evidence of human rights violations, let us know and we will investigate and take severe actions,” he said.

“Now, the Independent Enquiry Commission is doing its job very well. It will definitely let us know if it finds any evidence of such violations and then we will take actions against those who are involved.”

The spokesman also denounced Facebook for banning Min Aung Hlaing and other Myanmar officials and organisations for their alleged involvement in genocide and hate speech in the country.

The government has asked Facebook how the removed accounts can be retrieved, and whether it will remove any accounts and pages created anew by banned military officials, he said.

“This kind of intentional attack may have negative impacts on our efforts for national reconciliation. I want to reiterate that there was no input by the government in Facebook’s ban on military officials.”

“Everything seems to emerge from exaggerations about the conflicts,” he said. The country’s human rights body is happy to witness that the government has willingly followed the suggestions of Kofi Anan’s commission and the advisory board led by Thailand’s former foreign minister Surakiart Sathirathai, he said.

The recent launch of the Independent Enquiry Commission by the government was a smart move to find the real truth behind the conflict in Rakhine state, and should be supported by the international community, he added.

Thaung Aye, an MP for the military-backed Union Solidarity and Development Party, slammed the report as biased and one-sided.

“This was systematically arranged to attack our country in different ways. It seems like an insult to our sovereignty,” he said.

Min Zaw Oo, director of the Myanmar Institute for Peace and Security, agreed, saying he believed it was a dishonest effort to foster confrontation between the civilian government led by Aung San Suu Kyi and the Tatmadaw.

The more confrontations between the two institutions, the harder it will be to build trust and peace, he said.

“The State Counsellor, Aung San Suu Kyi, has not used her de facto position as head of government, nor her moral authority, to stem or prevent the unfolding events in Rakhine state,” the report states.

“I think everything was well-planned to pose further pressures on Myanmar, creating misunderstanding between the civilian government and the military,” he said.