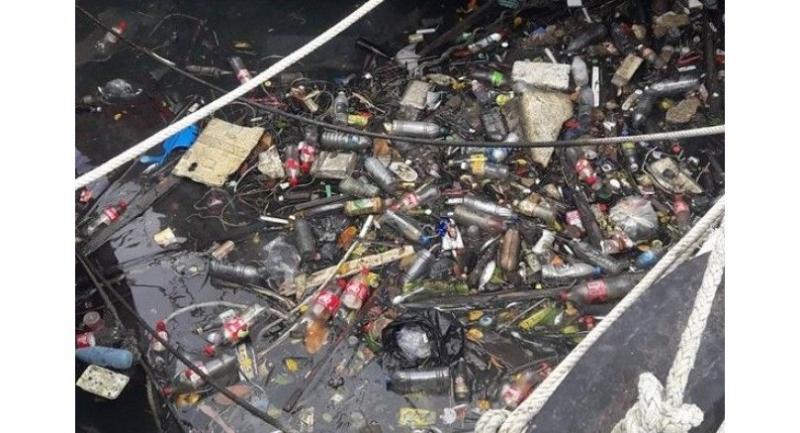 Rassada fishermen are calling for action to be taken against garbage dumping in Tha Chin canal which flows into the sea.

Fishermen led by Suchart Ponkit handed a report to the Damrongtham Centre (ombudsman’s office) at the Phuket Provincial Hall on Wednesday. Col Teeerasak Thammasatit of the Phuket provincial police received the letter and passed it on to Phuket’s Governor Norraphat Plodthong.

Suchart said: “The Tha Chin canal already has lots of garbage. Many tonnes of garbage is floating down the canal into the sea. Even though there are many community-cleaning activities, the garbage level keeps increasing. “We have already contacted government offices but they say the garbage flowing into the sea is not their responsibility. We want this garbage problem solved as soon as possible. This is damaging Phuket’s environment and endangers our community. “Some people think that the sea is a bin where they can dump everything. Some take garbage from their houses and dump it into the sea. Sometimes we see boat crews excrete into the sea.

“Garbage collecting and canal cleaning are not the real solutions to solve the problem. This problem must be tackled from the original sources. Government offices must take serious action soon.”