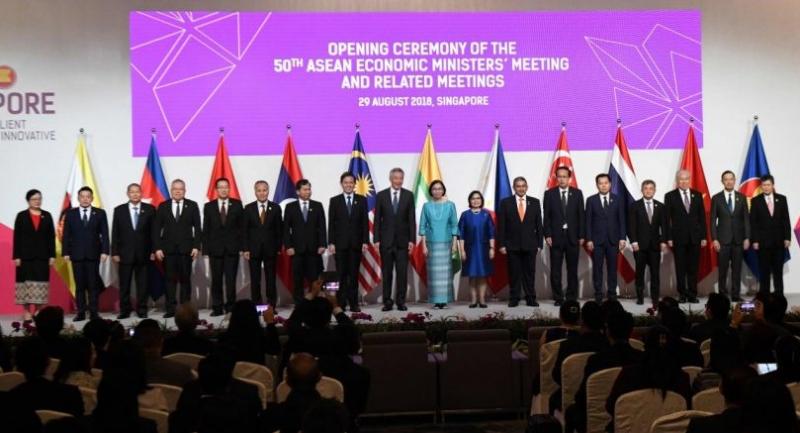 Southeast Asia is expected to see greater demand for health care services, for services that increase the mobility of its populations, and for entertainment, experts said Wednesday, attributing these trends to the rise of the middle class in the region and to its relatively young populations.

At the ASEAN-Korea Business Forum in Singapore, Manoj Menon, the Asia-Pacific managing director of Frost and Sullivan, talked about the region's significant market potential and said he saw a growing number of global enterprises putting the ASEAN market at the center of their marketing strategies.

The region, he said, would witness demographic changes, including rapid urbanization, which would increase demand for greater mobility options and for health care services. He also pointed to the sports, tourism and entertainment markets as areas with significant growth potential.

"To tackle problems with growing demand for health care for both South Korea and ASEAN, it is important to establish digital health infrastructure and promote exchanges of human resources to ensure that people get equal treatment," he said.

Menon and Moon were among the speakers at the forum, jointly hosted by the Korea Chamber of Commerce and Industry and the Singapore Business Federation on the occasion of the ASEAN-Korea Economic Ministers Meeting.

The Korea Chamber of Commerce and Industry is the secretariat of the ASEAN-Korea Business Council, launched in 2015, the first civil organization to facilitate economic cooperation between Korea and the 10 ASEAN nations. Singapore is the council's chair.

Calling ASEAN "a strong economic partner for South Korea," Kim Jun-dong, executive vice chairman of the Korea Chamber of Commerce and Industry, also highlighted the Moon Jae-in administration's "New Southern Policy," which he expects to strengthen bilateral ties in the near future. The Korea Chamber of Commerce and Industry, as secretariat of the council, will seek more partnerships for companies on both sides and will also promote exchanges among entrepreneurs, he said.

The Master Plan on ASEAN Connectivity 2025 will bring more investment in the infrastructure, logistics and digital innovation sectors in the ASEAN region and will bring both sides closer economically, said Ahn Young-jip, Korea's ambassador to Singapore. The master plan, which the leaders of the ASEAN countries adopted in 2016, focuses on five strategic areas: sustainable infrastructure, digital innovation, seamless logistics, regulatory excellence, and population mobility.

Under the New Southern Policy, the Moon administration expects to hit the $200 billion mark in trade between Korea and the ASEAN countries by 2020 and to triple its assistance to the region, the ambassador added.

The forum also featured keynote speaker Aladdin D. Rillo, deputy secretary-general of the ASEAN Economic Community, and Thomas Choo, a partner with Clyde & Co., who spoke on legal issues that tend to arise for Korean companies doing business in the ASEAN region, according to organizers.