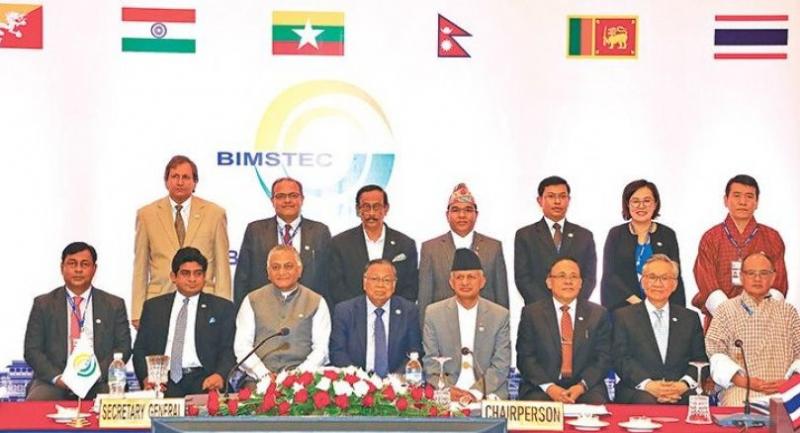 Foreign ministers from the member states of BIMSTEC pose for a photo during the ministerial meeting in Kathmandu.Hemanta Shrestha.

In an ambitious plan to connect the member states of BIMSTEC, foreign ministers from the seven-nation group identified and agreed on Wednesday to push forward 167 various connectivity-related projects at an estimated cost of $50 billion.

The ministers agreed to approve projects, at least in principle, following a detailed study by the Asian Development Bank. The member states are developing BIMSTEC Transport Connectivity Master Plan, with a goal to complete it by the end of September 2018, Foreign Minister Pradeep Gyawali told the Post.

"Several multilateral donor agencies are interested to put money in this master plan," Gyawali said. "We have received interest from ADB, World Bank and other multilateral agencies to push these projects."

The BIMSTEC Transport Infrastructure and Logistic Study (BTILS) was updated by the ADB in 2014. Out of 167 projects, the study has prioritized 66 projects.

During the ministerial meeting, Gyawali stressed on the need to deepen, rather than proliferate, areas of cooperation among the member states, and called on his counterparts to focus on connectivity, trade, tourism, energy, and agriculture.

Wednesday's meeting also underlined the establishment of BIMSTEC Permanent Secretariat in Bangladesh; BIMSTEC Cultural Industries Observatory (BCIO) in Bhutan; and BIMSTEC Centre for Weather and Climate (BCWC) in India as some of the key achievements in institutional development.

Representatives from the member states also endorsed the text of draft Summit Declaration and recommended that to the heads of state for approval.