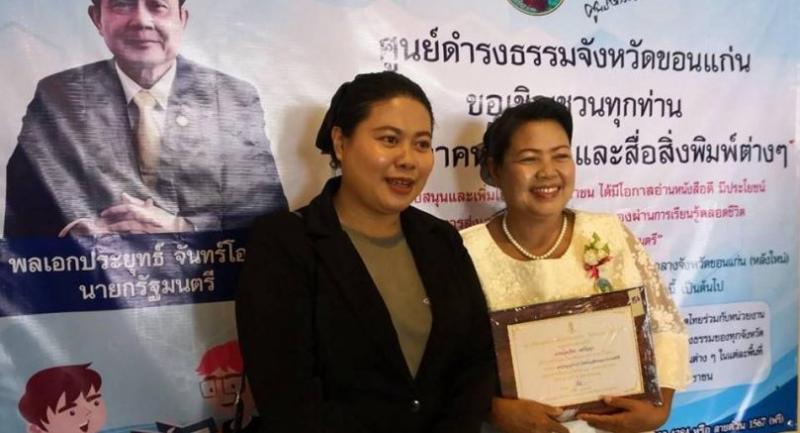 The deputy permanent secretary of the Ministry of Social Development and Human Security has confirmed that Panida accepted the job at the PACC in Khon Kaen.

According to the government, Panida said she previously only wanted a job at the Centre for Protection of the Destitute in Khon Kaen so as to be near her parents.

Sansern said the executives then told her she had to undergo a civil service recruiting exam and, after she passed, they would take good care of her.

The junta spokesman said Panida had misunderstood that she would get the job right away and, when she waited and saw no job coming her way, applied for another job.

Sansern said the ministry would accept Panida to work starting in October initially as a service contractor, hired with a lump-sum payment.

Sansern quoted Prime Minister Gen Prayut Chan-o-cha saying the government was willing to support good people and instructed its agencies to provide a clear explanation to Panida and her family as well as giving her advice on working for the civil service.

His comment was made in response to Panida's earlier comment to reporters during an event to congratulate the outstanding mother 2018 award winners, which included Panida's 53-year-old mother, at Khon Kaen City Hall on Thursday.

Panida said she has been working at a hotel after graduation from Maha Sarakham University four months ago.

Besides doing the hotel job, she also was studying online for a master's degree with Rangsit University under a scholarship granted by the university rector Arthit Urairat, Panida said.

She said she did not regret doing the right thing when she revealed the graft although that posed a difficulty in her job search or some friendships.

Panida was among several former and current interns at the Centre for Protection of the Destitute in Khon Kaen who brought the alleged graft to light last year, resulting in a nationwide probe at provincial centres that unveiled a multimillion-baht corruption scandal.