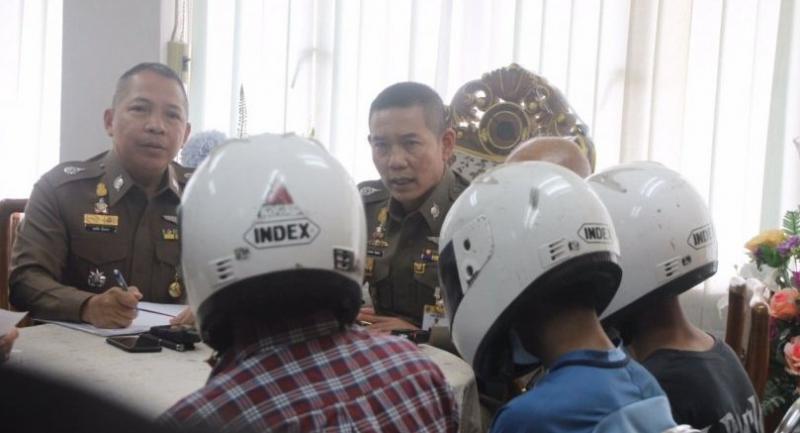 Police would not be taking the suspects to perform a crime re-enactment because the captured youths had refused to do so, as per their rights, he added. The three suspects – one of whom, Wirat, has a police record for a prior crime of assault – were arrested, and police seized a pistol as the alleged murder weapon bought via the Internet, plus 16 bullets, two full-head helmets and two motorcycles, the deputy Bangkok police chief said.

The information they gave also led police to retrieve the victim’s shotgun and a cartridge they had taken and disposed of in an overgrown spot in Soi Ramkhamhaeng 68.

Police are looking for a fourth person – alleged getaway motorcycle rider Weerasak Boonpeng, 19 – whose relatives contacted them by telephone, promising to bring him in soon, Sompong said.