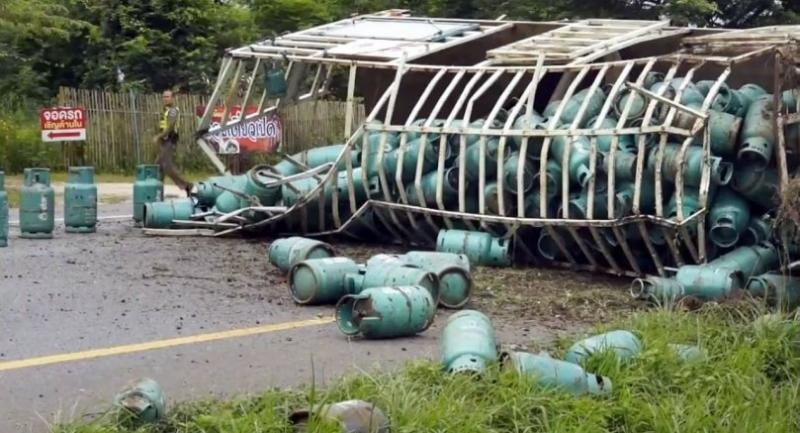 Dozens of cooking-gas cylinders spilled out of an overturned six-wheel truck in the middle of Mitraparp Highway in Tambon Nong Phai, in Udon Thani’s Mueang district, on Monday, prompting the police to seal off the scene as a safety precaution, and hence causing severe traffic jams. The fully loaded truck lost control while heading towards the Muang Udon Thani Museum, resulting in a crash that injured two people on board, said Pol Lt-Colonel Danchai Mulpong of Noen Sung precinct. The danger of a gas leakage caused police officers seal off a section of the road from traffic for hours, so that the scene could first be cleared.

A car that was passing by at the time of the accident was also damaged by a fallen cooking-gas cylinder, police said.