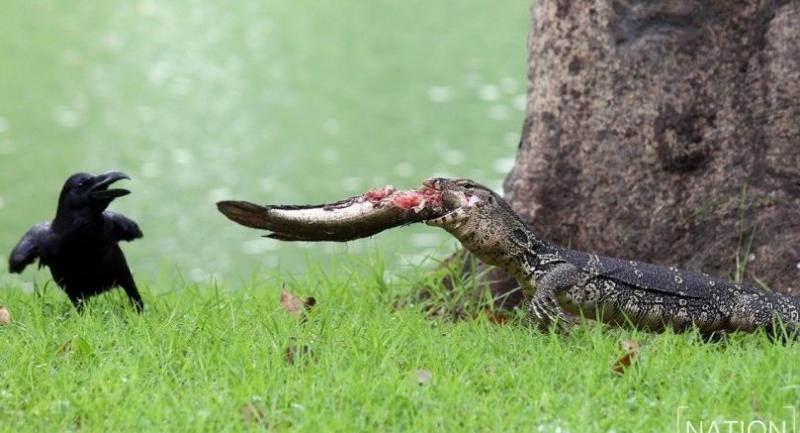 The Bangkok Metropolitan Administration may hold an opinion poll to ask Bangkokians whether monitor lizards should be evicted from Lumpini Park in the heart of the capital.

BMA governor Aswin Kwanmuang said monitor lizards, whose Thai name is "hia", have multiplied very fast in the park and are frightening visitors to the park. The reptiles, whose Thai name has become an abusive word for scolding others apparently because Thais fear their appearance, have found plenty of food in the park's ecology system and bred and laid eggs very fast, the governor said.

He said it was estimated that the monitor lizards population has risen to about 400 in the park.

Aswin said park officials tried to control the population by collecting eggs but the reptiles hid their eggs, which hatch every 50 days, and they breed two or three times a year. Aswin said the BMA relocated 150 large monitor lizards from the park in 2016 and 150 more this year.

Since the plan to capture and relocate more monitor lizards from the park received both opposition and support from the public, the BMA is considering holding an opinion poll soon before taking further action, the governor added.