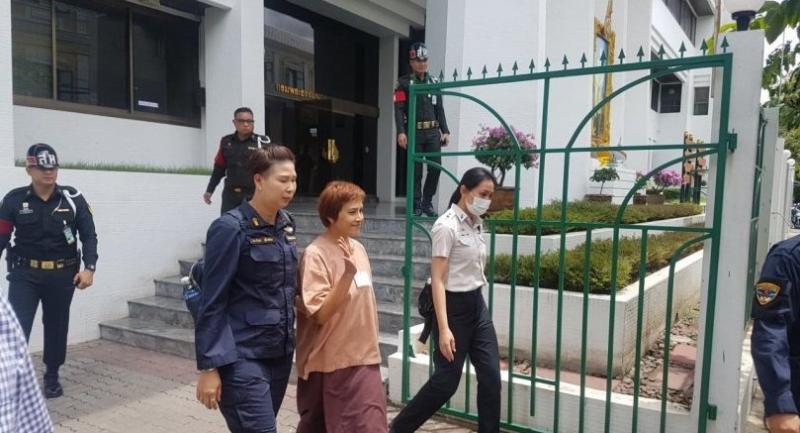 A key witness in the 2010 killings of protesters at Pathum Wanaram Temple was yesterday released from prison after nearly four years of detention over alleged terrorism and lese majeste charges.

Natthathida Meewangpla was freed on combined bail of Bt900,000 for the two cases on condition that she does not leave the country unless permitted by a military court. Her two previous bail applications had been rejected.

Also known by her nickname Waen, Natthathida is a key witness in the case involving violent scenes between the state authorities and the 2010 protesters and is accused of being involved in the bombing of the Criminal Court building in 2015 along with three other red-shirt protesters. She was yesterday released on Bt500,000 bail in relation to that charge.

Waen was a volunteer nurse serving during when the crackdown took place in 2010. She was granted bail in July last year but then re-arrested and accused of lese majeste as soon as she walked out of prison. She had been accused of posting a message that amounted to lese majeste via the chat application Line. The bail for this case was set at Bt400,000.

The treatment against Waen provoked a backlash from red-shirt supporters. Winyat Chartmontri, a pro bono lawyer who has worked on many red-shirt related cases, condemned the police, saying the arrests were unjust and amounted to bullying the defendant.

Yesterday’s trial saw the third prosecution witness, who was a law academic, testifying before the military court behind closed doors. Only lawyers were allowed in the courtroom, while about 30 supporters were ordered to stay outside.

Six more prosecution witnesses are also due to give evidence when the case resumes on October 29.