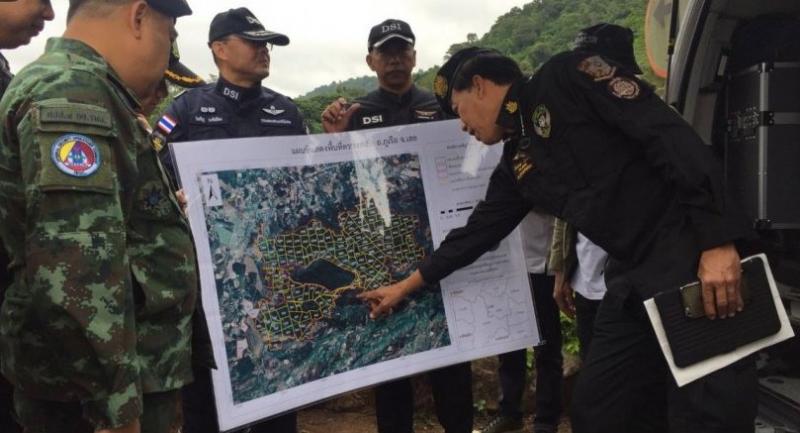 CPK INTERNATIONAL, on whose board Italian-Thai Development president Premchai Karnasuta sits as a director, has been threatened with a civil lawsuit by the Royal Forestry Department.

The Department’s director of the Forest Protection and Suppression Bureau, Cheewapap Cheewatham, who is also chief of the Phayak Prai taskforce, said yesterday during an inspection of the company’s resort and farm plots in Loei province that the department would sue CPK International for the Bt600 million damage caused by the company’s encroachment into the state forest.

The company was earlier examined before being found to have Premchai as one of its board members.

Premchai was arrested along with his companions in Thun Yai Naresuan Wildlife Sanctuary early this year for alleged poaching in the sanctuary.

Parts of black leopards and other wild animals were found around his camp.

They were later charged with poaching and attempted bribery.

The case later saw the investigation being expanded into other related irregularities, including encroachment into the state forest in Loei.

Phayak Prai teamed up with internal security officials and the Special Investigation Department, and they have been inspecting the area since Monday.

Under the lead of the government’s Forest Protecting Operation Centre, they inspected a farm plot with a size of more than over 6,000 rai (960 hectares), which had 147 controversial land-use deeds (Nor Sor 3 Kor) issued out of only one land-occupation claim form (Sor Khor 1), which belonged to another plot elsewhere.

The Lands Department revoked all the deeds in 2003 but the company has continued using the land. Plantations as well as properties were still well intact, according to Department of Special Investigation chief Paisit Wongmueang, who took part in the inspection.

Paisit said the DSI had initially found an additional 200 rai or so of forestland being cleared and used by CPK International, and it would take legal action against the company if this were verified.

In addition, the team inspected the nearby Rang Yen Resort, for which the land-title deed for around 19 rai was also revoked by the Lands Department this year.

The team will seize the plots for further examination.