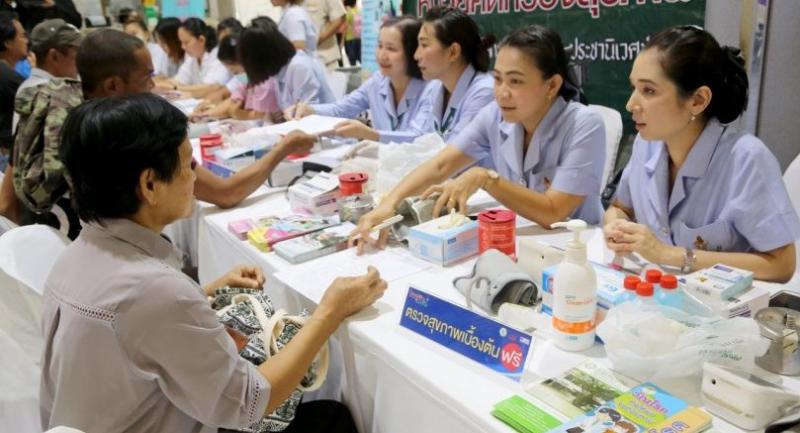 A PROMINENT health activist yesterday attacked the government over reports that it plans to provide free medical service under the universal healthcare scheme to only those earning less than Bt100,000 a year.

This idea made the headlines earlier this week, causing widespread concern. The scheme currently covers more than 48 million Thais who are not covered by the social security scheme and the medical benefit programme for civil servants, state-enterprise employees and their family members.

“This plan, if implemented, will only prove that the government does not want to take care of people,” Nimit Tien-udom, director of the Aids Access Foundation, said.

Nimit, who was previously a member of the National Health Security Office (NHSO) board, spoke after some media outlets quoted Suttirat Rattanachot, director-general of the Comptroller General’s Department, as suggesting that people earning more than Bt100,000 a year would likely be required to pay 10 to 20 per cent of medical expenses under the universal healthcare scheme. She said this new regulation could be implemented next year. If the new criterion is put in place, the number of Thais entitled to free treatment under the universal healthcare scheme will likely drop to just 11.4 million.

Suttirat, however, denied this plan had been prepared by her agency. “It’s just a topic of a study conducted by the Finance Ministry’s Fiscal Policy Office,” she said yesterday.

Meanwhile, a source close to Deputy Prime Minister Somkid Jatusripitak, who oversees economic affairs, said the government does not have any policy to curb the number of people who can use the universal healthcare scheme.

However, discussions about the co-payment concept have been going on in Thailand for a while now. Supporters of the idea say those who can afford it should shoulder part of the bill or the country could collapse under the weight of free healthcare.

But Nimit reminded the government yesterday that providing healthcare to citizens was not a financial burden.

“Healthy people contribute to the country’s economy,” he pointed out.

Besides, he said, if the government really wanted to control its budget, it should focus on the medical benefits provided to civil servants, state-enterprise employees and their family members. Though this programme only has about 4.9 million beneficiaries, it consumes as much as Bt73 billion yearly. In comparison, the universal healthcare scheme looks after 48.1 million people under a yearly budget of Bt166.44 billion.

A recent survey by the Suan Dusit Rajabhat University has found that 93.9 per cent of more than 5,300 respondents were extremely satisfied with the universal healthcare scheme.

Meanwhile, Dr Soumya Swaminathan, deputy director-general of the World Health Organisation, said Thailand was a good model for people’s comprehensive access to healthcare services. He was recently here for a meeting with the NHSO.

However, Sakchai Kanjanawattana, NHSO secretary-general, pointed out that the budget earmarked for the country’s three major healthcare schemes was only equivalent to 4.3 per cent of the country’s gross domestic product (GDP). “Other countries allocate much bigger budgets compared to their GDP,” he said.