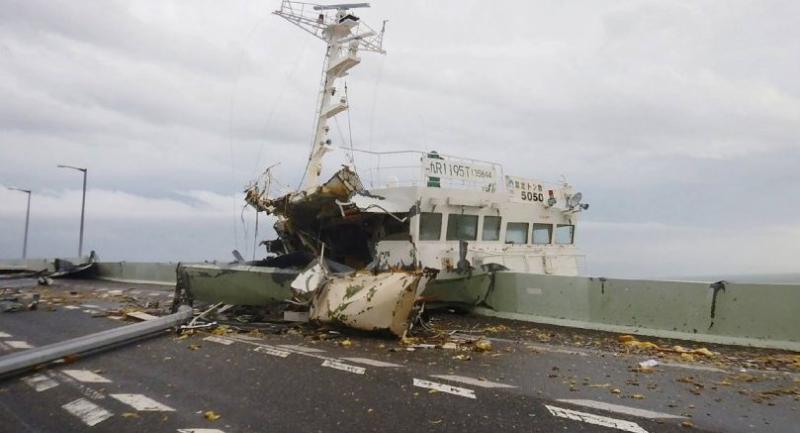 This photo released by Kansai Airport coast guard air base on September 4 and distributed by Jiji press shows a tanker after strong winds flung it around a bridge leading to the airport. (Photo by JIJI PRESS / various sources / AFP)

Thai Airways International (THAI) has cancelled more flights on the Bangkok-Osaka route due to the temporary closure of Kansai Airport after Typhoon Jebi hit the city.

Other airlines have also temporarily stopped flying in and out of Osaka.

The flights to be cancelled are:

1. TG622 scheduled to depart from Suvarnabhumi Airport on September 4 at 11.30pm and arrive at Kansai Airport at 7am (local time) the following day;

2. TG623 scheduled to depart Kansai Airport on September 5 at 11.45am (local time) and arrive at Suvarnabhumi Airport at 3.35pm.

The airline has said it will closely monitor and assess the situation, and resume normal operations once Kansai Airport reopens.