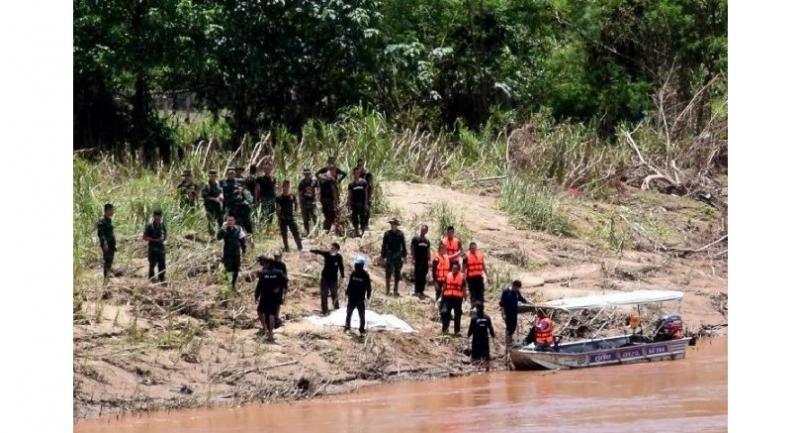 Officials on Thursday found the bodies of two of the three soldiers who went missing when their racing boat sank in the Nan River in Nan's Muang district on Tuesday morning.

Rescue workers of the Nan Provincial Administrative Organisation found bloated bodies of Privates Samphan Oonthin and Yutthapong Boonma near the Nan Pattana Bridge in front of the Suriyapong army camp. The bodies were sent for identification at the Nan Hospital.

On Tuesday, a racing boat of the Army Circle sank during a practice for the annual race. Most of the 49 rowers managed to swim ashore but three went missing.