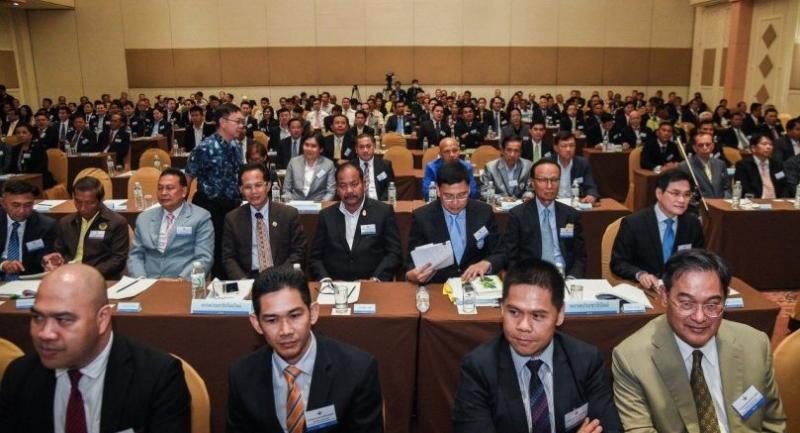 The upcoming 60-day campaign for the first election in five years could pose different challenges for different people including pro-junta parties, politicians said yesterday after the government revealed the electoral timeframe earlier this week.

The clock will start ticking in December when all electoral organic laws take effect, and parties are likely to have around 60 days for canvassing if the national election does take place on February 24.

Deputy Prime Minister Wissanu Krea-ngam believes parties will have enough time to campaign for votes. Politicians, however, remain anxious, given that the ban on political activities has not been fully lifted with less than six months left before the poll.

Older parties such as Pheu Thai would have the upper hand in terms of trust and familiarity, former Pheu Thai MP Worachai Hema said, adding that new parties with new faces would need more time to campaign and prove themselves to voters.

“So, I see the junta getting caught in its own trap. They, too, will need some time to gain voters’ trust,” he said. “For Pheu Thai, we don’t worry too much, because the voters know us and know what we can do to solve problems and help them.”

Apparently in response to Wissanu’s remark, Future Forward spokesperson Chorika Wanich said 60 days may have been enough time under “old politics”, in which politicians had voters memorise the party and electoral number before entering the polling booth.

But if voters were to also participate in electoral politics, including reflecting on different parties’ policies and understanding them, they would definitely need more than 60 days, Chorika said.

Veteran politician Nikorn Chamnong, a key member of Chartthaipattana Party, said the 60-day period could pose some serious challenges, especially since parties were required to submit their policy plans to the Election Commission for approval before they could start campaigning.

He said he was especially worried about how the EC would approve the policy plans and how long it would take, considering all the tasks the newly selected EC has in hand. He also wondered whether the election commissioners had the required expertise to screen the policies.

“Metaphorically speaking, all new rules are like a road. The new commissioners are like the traffic police. The ride isn’t going to be easy when we are not familiar with all these,” he said.

However, EC secretary-general Jarungvith Phumma told The Nation yesterday the agency was confident it could perform its duty in line with the timeframe and would not leave the parties in the dark.

“We will have a clear guideline regarding the policy screening. Parties should not have trouble following it. And it shouldn’t be any problem,” he said.