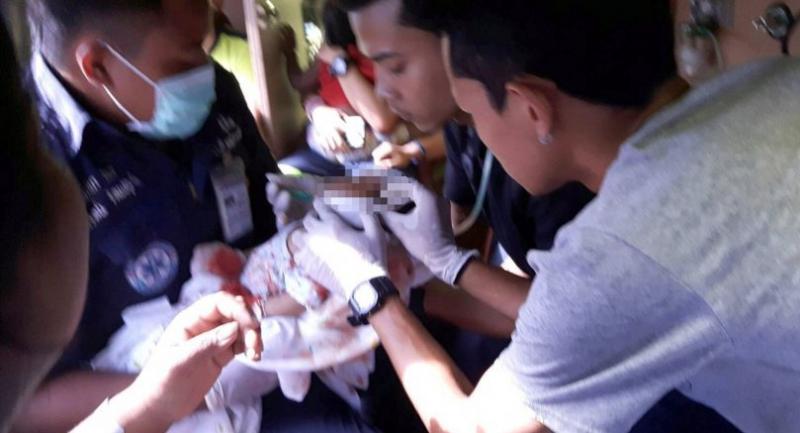 Test results received on Friday morning have confirmed that the stray dog which attacked a 19-day-old infant on Wednesday at her home in Tambon Than Poon's Moo 2 village of Nakhon Si Thammarat's Chalerm Phrakiat district, had rabies.

Officials are closely monitoring the village and have given out 26 rabies jabs, including to the severely wounded girl's relatives and rescue workers who were exposed to the girl's wounds.

Residents have raised concerns about other members of the pack of stray dogs that the rabid dog belonged to and called on the authorities to act.

The epidemic zone will be watched for six months and measures will be implemented to contain and eradicate the disease, including the vaccination of at least 80 per cent of cats and dogs in the zone, said livestock office head Thanawat Pansanid.

Investigations have confirmed that the rabid dog had also bitten five puppies in the neighbourhood, resulting in their deaths, before it entered the infant's house, killing a pet cat then attacking the girl who was asleep in a hammock in the hall, while her 17-year-old mother was cleaning dishes in the kitchen.

The infant remains in a critical condition.