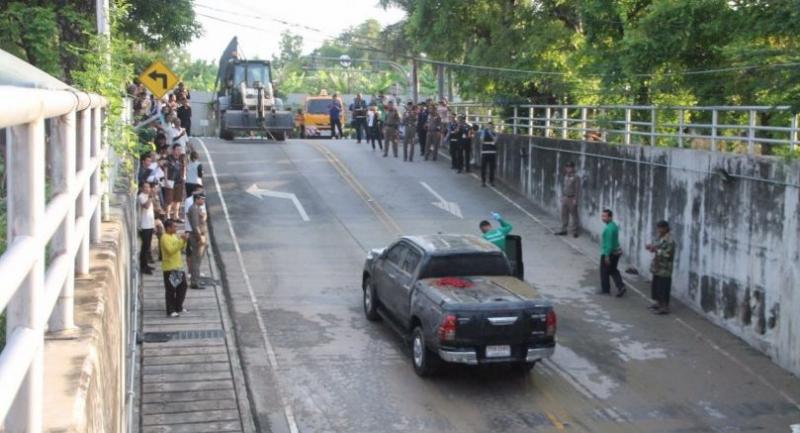 A team from the Prawet District Office on Friday inspected the underpass where a woman drowned in her pickup truck that was submerged in floodwater earlier this week.

Panumas sae Tae, a 41-year-old businesswoman, died in the flooded underpass that led to the Golden Nakara housing estate in Bangkok’s Prawet district early on Thursday. The underpass, which goes under a railway bridge, was built to provide access to residents of the estate. It remains unclear how it became heavily flooded between Wednesday night and early hours of Thursday. The underpass is about 95.4 metres long, 10 metres wide, and three metres high.

Judging by the floodwater level that submerged Panumas’s pickup at 1am on Thursday, floodwater must have increased to 1,613.5 cubic metres just hours later.

“We need to find out how such a huge volume of water went into the underpass,” he said, adding that there was no rain in the area during that period. His office has arranged a meeting with representatives of housing estates under its jurisdictions to discuss preventative measures.

“There should be CCTV and equipment to respond to emergencies,” Tanasit said. “For example, if a vehicle gets submerged, there should be [apparatus] to haul it out of floodwater”.

Panumas phoned for help when she found she was trapped by the floodwater, but help came too late.

Tanasit said there are two similar underpasses at housing estates in the Prawet district.