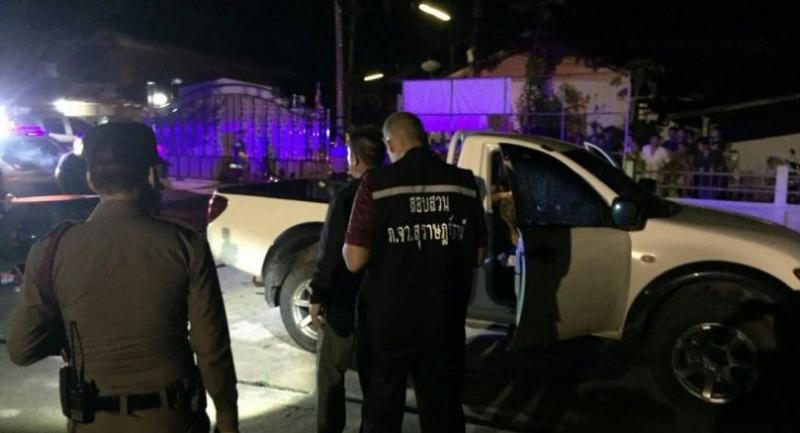 Wirat Rakdet, 58, was killed inside his pickup truck at 5.30pm while waiting for his grandson at Wat Pratuyai School in Moo 8 of Tambon Sawiet. It is understood that Wirat had taken the boy to cycle in the school area as part of his evening exercise when he was shot and fatally wounded.

He was shot in the head, torso, arms and hands. Wirat was the headman of Moo 8 village.