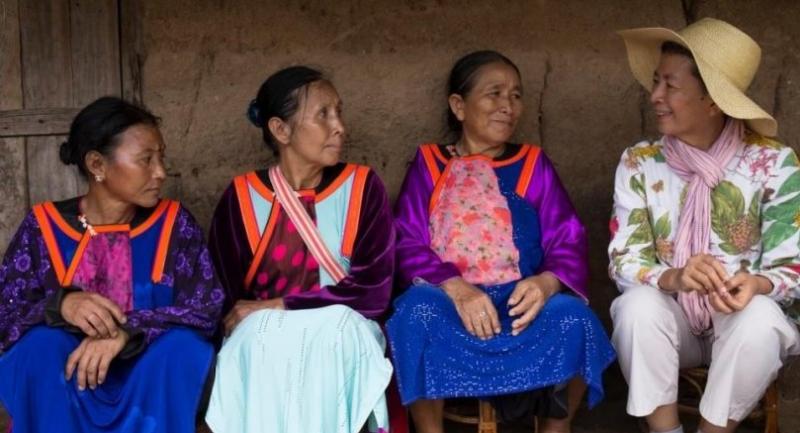 Tuenjai Deetes, a life-long campaigner for the rights of stateless people in Thailand, has been named this year’s UNHCR Nansen Award Finalist for Asia.

Building on her strong belief in human rights, Tuenjai has spent more than 40 years helping improve the living conditions of hilltribe communities in Thailand and ending statelessness across the country.

“I dream of an inclusive society where diversity is embraced and all people can fully exercise their rights and develop their potential,” Tuenjai told the UN refugee agency.

Tuenjai was 20 in 1973 when she began working as a volunteer and in 2006, three decades later, became a legislator, contributing to the enactment of two laws on nationality and civil registration. Since 2015 she has continued to campaign as a National Human Rights Commissioner for an end to statelessness.

“Tuenjai has demonstrated an inspiring commitment to human rights throughout her life,” said Indrika Ratwatte, UNHCR Bureau Director for the Asia-Pacific.

“She has gone to significant lengths to ensure access to rights for stateless communities in Thailand, giving hope to many for a brighter future.”

Important reforms in 2008, and the adoption of a progressive nationality strategy by the Thai government to address statelessness, have seen some 100,000 stateless persons acquire nationality since then.

As a regional leader and a strong supporter of the UNHCR’s #IBelong campaign, the government has also committed to granting nationality to 480,000 currently stateless individuals by 2024.

Several million people are known to be stateless worldwide.

“As human beings, we all deserve to be treated with respect and dignity,” Tuenjai said. “We all have the right to a nationality. This is why I have dedicated my whole life to ending statelessness.”

The Nansen Award recognises those who have gone to extraordinary lengths to support refugees and asylum seekers, stateless persons and the internally displaced.

It is named in honour of Norwegian explorer and humanitarian Fridtjof Nansen, the first High Commissioner for Refugees, who was appointed by the League of Nations in 1921.