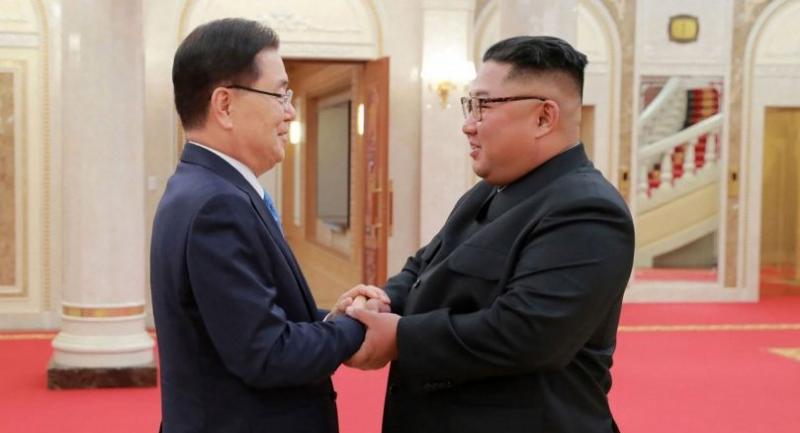 The presidential office Cheong Wa Dae on Monday asked the parliamentary speaker and heads of all five political parties in South Korea to accompany President Moon Jae-in on his upcoming trip to the North.

The Moon-Kim summit is set to be held in Pyongyang from Sept. 18-20.

The heads of all five major political parties, including Lee Hae-chan of the ruling Democratic Party and Kim Byong-jun of the main opposition Liberty Korea Party, have also been invited.

Those invited also include Rep. Kang Seok-ho of the main opposition party, who currently serves as the chairman of the parliamentary committee on foreign affairs and unification.

"Up until now, the government has been at the center of South-North exchanges, but many have long suggested that inter-Korean exchanges would become much more stabilized when the parliament becomes a part of such efforts," Im said of the reason for inviting the parliamentary leaders to the inter-Korean summit.

The invitation came hours after the rival parties failed to reach an agreement on the government-requested ratification of an inter-Korean agreement reached at the first Moon-Kim summit in the border village of Panmunjom on April 27.

Instead, the ruling and opposition parties agreed to review the request after the third Moon-Kim summit. The leaders last met in Panmunjom on May 26.

Meanwhile, Im said the government will soon finalize its list of delegates to the Pyongyang summit, adding the two Koreas have agreed to keep the South Korean delegation at about 200 people. (