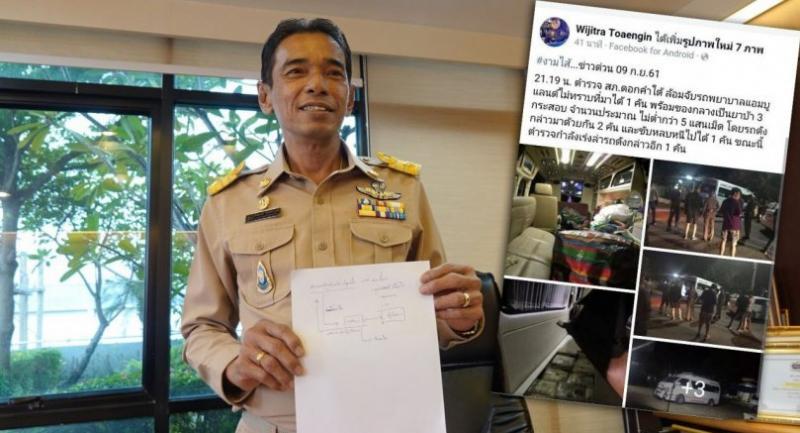 Sunday’s drugs bust in Phayao, in which a gang used ambulances as a cover-up for its operation, has prompted a municipality mayor in Pathum Thani to scrap the current rescue crew due to its reputation having been tarnished.

The move follows a police operation in Phayao’s Dok Khamtai district on Sunday night that led to the arrest of four suspects and the seizure of 500,000 methamphetamine pills and a large amount of crystal meth, or “ice”, and ketamine from two ambulances, which turned out to be registered for service in Bung Yeetho municipality, in Pathum Thani’s Mueang district. Municipality mayor Rangsan Nanthakawong on Monday confirmed that the two vans – both modified into ambulances – had been registered to provide emergency services for accidents within his area, but they were privately run and did not in fact belong to the municipality.

Operators were trained and selected by the provincial public health office to be part of the service crew for the two vehicles, for which they would get Bt350 for transport in the case of minor accidents and Bt500 in the case of more serious accidents that caused people to be hospitalised, he explained.

The drugs bust, however, had led to a serious tarnishing of the Bung Yeetho municipality’s emergency rescue crew’s image, so his office would file a police complaint about the matter and proceed to remove the current crew from its supervision, Rangsan said.

In the meantime, while the municipality waited for the provincial public health office to select new staff for the job, it would call upon nearby rescue crews such as the Poh Tek Teung Foundation and the Ruam Katanyu Foundation to provide the services instead, he added.