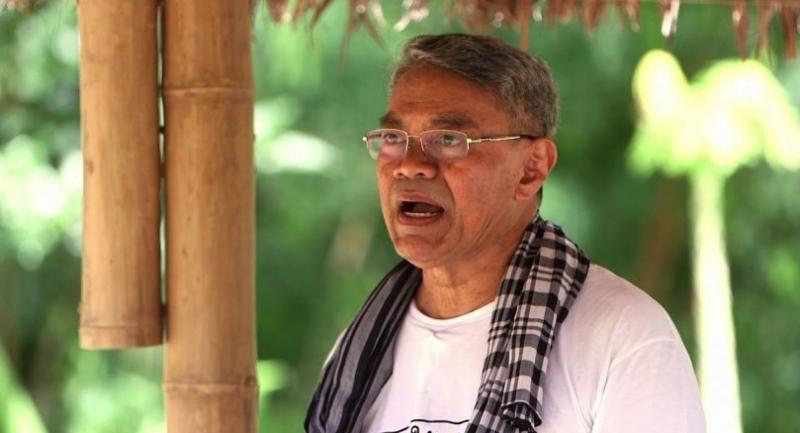 DEPUTY AGRICULTURE Minister Wiwat Salyakamthorn has shrugged off rumours about his possible loss of a Cabinet portfolio over his fight against paraquat and other farm chemicals and says the prime minister supports him.

“I won’t be upset if I am kicked out,” Wiwat said yesterday. “And even if I lose my Cabinet post, I will still work for the same goal – just in a different position.”

He was speaking after rumours spread over the past week that he would be removed from the Cabinet for persistently pushing for a total ban on three controversial agricultural chemicals – paraquat, glyphosate and chlorpyrifos.

Outside the Cabinet, Wiwat also chairs the Agri-Nature Foundation and several institutes dedicated to the sufficiency economy.

But in his capacity as deputy agriculture and cooperatives minister, Wiwat has lately pledged to fight hard for the ban on the three widely used farm chemicals. He has also set a tangible goal of making 5 million rai (800,000 hectares) of farmland in Thailand chemical free.

“As I have promoted organic farming, I am, of course, against farm chemicals,” Wiwat said yesterday.

He said he joined the Cabinet because he wanted to help contribute to the country.

“With the Cabinet post, I can do more for the causes,” he said. “Anyway, if I am removed from the Cabinet, my life may be more comfortable.”

He said that Prayut had so far never criticised his work and had even asked him how rumours about his possible dismissal came out.

“The prime minister has also told me that my ministry’s work has improved a lot,” Wiwat said.

“He’s not the weakness of the Cabinet. There’s no reason to remove him,” Grisada said.

He also said he had assigned Wiwat to promote organic farming.