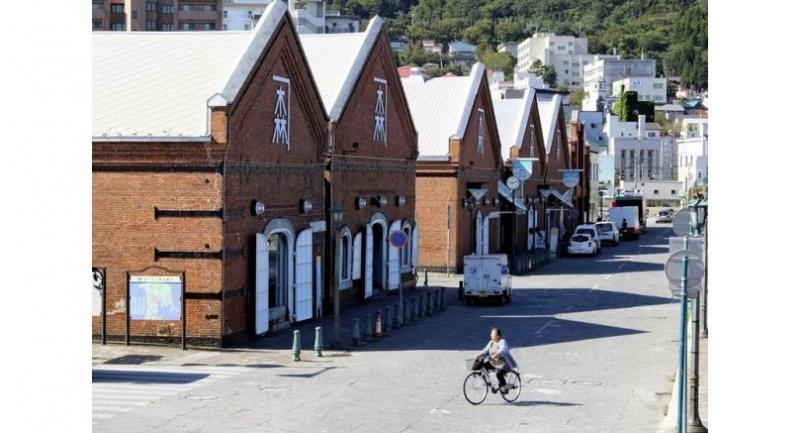 Few tourists are seen at a quiet bay area in Hakodate, Hokkaido, on Tuesday./The Japan News

A powerful earthquake that struck Hokkaido last week has sparked a wave of cancellations for hotels and tourist facilities at major tourist destinations.

Although the full restoration of the power supply is expected to take some time, people in the earthquake-hit industries have continued their businesses positively.

"We want to welcome many customers while making efforts to save electricity," a person involved said.

In Hakodate, the city government has taken the initiative to create attractive night views such as by lighting up historic buildings and installing street lights with warm colors.

"We can't avoid adverse effects, but Hakodate can't be the only place to use electricity for night views. It can't be helped," said Takashi Miura, secretary general of the Hakodate International Tourism and Convention Association. "We have no choice but to endure the situation in Hokkaido as a whole."

Some stone walls of Goryokaku Fort, a national special historical site in Hakodate, collapsed due to the earthquake. Now is a peak season for autumn school trips, but no students were seen walking at the site while only a few foreign tourists were spotted.

Hakodate Kokusai Hotel, which reopens after renovation on Wednesday, has had about 50 cancellations every day since the earthquake. An official in charge of the hotel's sales said, "It seems that tourists who are worried about aftershocks are hesitant to travel."

Asahiyama Zoo in Asahikawa, which is known for its "behavioral exhibition" to show animals' natural behavior and habits, has remained quiet with few visitor groups since the earthquake.

Due to power outages, the zoo was closed on Thursday, the day when the earthquake occurred, but resumed operations on Friday.

An official of the zoo said: "If rolling blackouts are implemented, the impact will be huge. We want to avoid such a situation."

The rolling blackouts could affect refrigerating and freezing feed for the animals, water purification and sewage treatment and cooking at shops and restaurants, among other things.

However, if the power supply's current state continues, the zoo's operations may not experience problems as long as curtailed lighting and other power-saving efforts are made, according to the official.

"As the animals are in good shape, we're waiting for many people to visit," the official said.Speech.