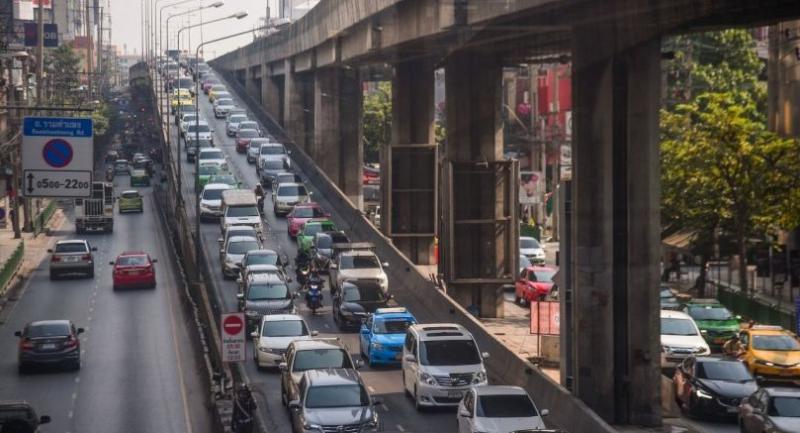 The idea was proposed at a Tuesday meeting of a committee tasked with easing traffic jams on one of Bangkok’s busiest thoroughfares, currently more congested due to the ongoing construction of the Mass Rapid Transit Authority Orange Line. Also proposed at the meeting were more Park & Ride facilities at shopping mall parking lots where motorists could leave their cars and board shuttle buses to Ramkhamhaeng University, Rajamangala Stadium, the Airport Link station on Ramkhamhaeng and Ban Thap Chang railway station.

The successful candidate for Park & Ride so far was at the Paseo Mall on adjacent Lat Krabang Road, with capacity to support 900 cars, the meeting was told. Another such facility could be situated at the Lotus Min Buri Mall on Suwinthawong Road, which has access to the Lat Krabang Airport Link station.