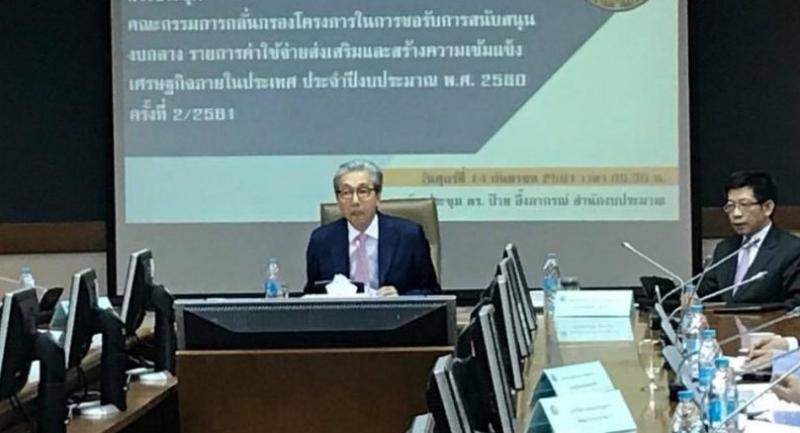 Economic growth will accelerate next year as confidence and investment increase following an announcement about the general election and amid generous state spending, Deputy Prime Minister Somkid Jatusripitak said on Friday.

He was commenting the day after the stock market rose sharply, boosted mainly by the announcement of clearer plans for the election.

Somkid said investors were more confident now that the election had officially been scheduled for February, leading to large inflows into the stock market.

The SET index rose 2.3 per cent yesterday over the previous day to close at 1,718 points and continued to rise during Friday’s morning trade.

Somkid met with senior officials at the Budget Bureau on Friday and discussed budget disbursements for fiscal 2019, which begins next month.

He said government funding for a slate of mega-projects would enter the economy in the first half of next  year.

The government plans to accept bids for a high-speed railway connecting three international airports and for investments in U-tapao Airport and deep seaports at Laem Chabang and Mab Ta Phut.

The market consensus is that gross domestic product will expand by around 4.5 per cent this year and by about the same amount next year.

But Somkid predicted GDP growth would reach 5 per cent this year and exceed that next year.

He also believes the next government will maintain the economic policies set out by the military-led government.