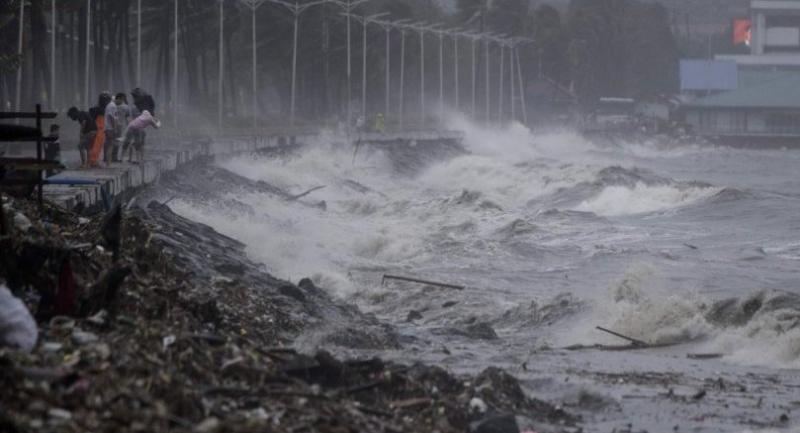 Super Typhoon Mangkhut -- the biggest storm of the year -- smashed through the Philippines on Saturday, claiming its first victims as two women were killed when a rain-drench hillside collapsed on them and another drowned in Taiwan.

The massive storm cut a swathe of destruction when it struck the northern tip of Luzon island, threatening the lives and homes of roughly four million people.

"As we go forward, this number will go higher," Ricardo Jalad, head of the national civil defence office, told reporters, referring to the death toll.

As the powerful storm left the Southeast Asian archipelago and barrelled towards densely populated Hong Kong and southern China, search teams in the Philippines began surveying the provinces that suffered a direct hit.

"We believe there has been a lot of damage," said Social Welfare Secretary Virginia Orogo as thousands of evacuees took refuge in emergency shelters.

Mangkhut was packing sustained winds of 170 kilometres (105 miles) per hour and gusts of up to 260 km per hour as it left the Philippines.

Thousands of people fled their homes in high-risk areas ahead of the storm's arrival because of major flooding and landslide risks.

In Taiwan, a woman was swept away by high waves caused by the typhoon, the government said.

The two lifeless bodies of the two women in the Philippines were pulled from the soil of a hillside that collapsed after the storm's torrential rains, police said.

Residents had started lashing down their roofs and gathering supplies days before the arrival of the storm.

"Among all the typhoons this year, this one (Mangkhut) is the strongest," Japan Meteorological Agency forecaster Hiroshi Ishihara told AFP on Friday.

"This is a violent typhoon. It has the strongest sustained wind (among the typhoons of this year)."

After blasting the Philippines, Mangkhut is predicted to hurtle towards China's heavily populated southern coast this weekend.

The country's deadliest on record is Super Typhoon Haiyan, which left more than 7,350 people dead or missing across the central Philippines in November 2013.

As the storm heads for China's southern coast, Cathay Pacific airline said it expects more than 400 flight cancellations over the next three days.

The Hong Kong government said Mangkhut will pose "a severe threat to the region" as many residents in the city and neighbouring Macau stocked up on food and supplies.

The president of neighbouring Taiwan, Tsai Ing-wen, told citizens to be ready.

"The typhoon is powerful and even it's not expected to make a landfall in Taiwan, we should be well prepared and not... take it lightly," she wrote on Facebook.