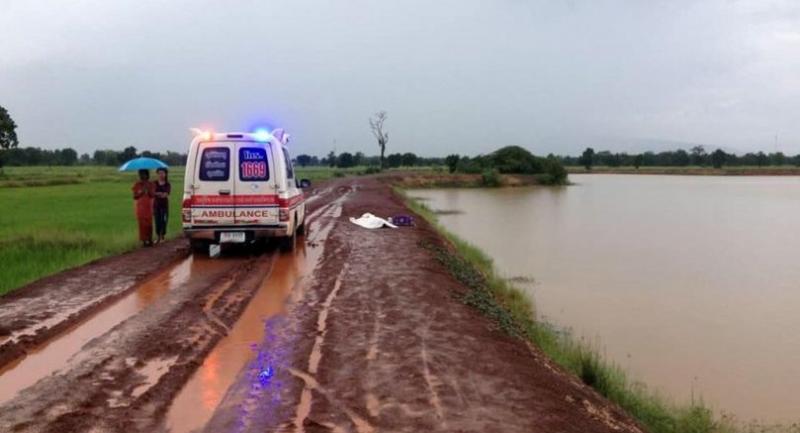 A 21-year-old man was struck dead by lightning while jogging at a pond in Sa Kaew’s Ta Phraya district on Saturday evening.

Police alerted at 6pm found Anusorn Manjit, 21, dead next to the pond in Ban Tako (Moo 3) and two women injured nearby.

The women had been riding past Anusorn on a motorcycle just as the lightning struck. They were taken to hospital.

It was the second fatal lightning strike in the district in a week, said village headman Jiew Cherdchunuan.

The first victim was a middle-aged man.