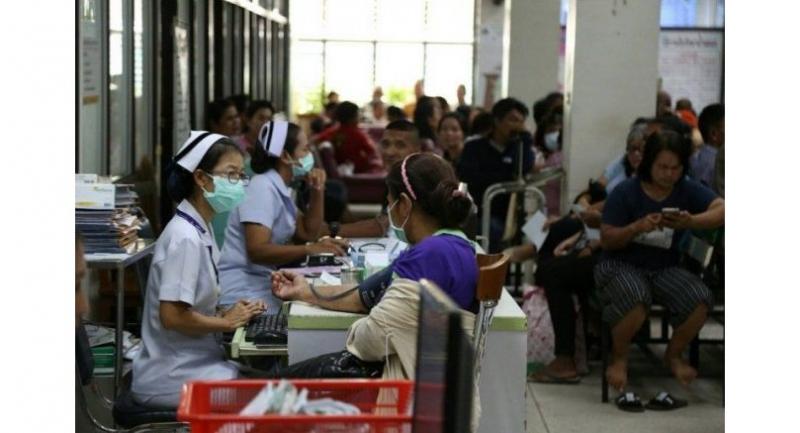 By POUNGCHOMPOO PRASERT
THE NATION

IT’S COMMON enough when seeking outpatient services at large public hospitals to arrive at 5am for a queue token for an appointment to see a doctor sometime around 2pm.

The overwhelming number of people seeking medical treatment at the better-equipped facilities in the cities has led to crowding and placed tremendous pressure on resources. Long queues and hours spent waiting to see a doctor are everyday complaints.

The PCC policy adheres to a constitutional requirement for a primary care system with a sufficient number of family physicians to care for citizens at an appropriate ratio. Once implemented across the country, it is expected to save the government Bt50 billion per year.

Public Health Minister Dr Piyasakol Sakolsatayadorn said each Clinic Mor Krobkrua team – at least one doctor, two nurses and two public-health personnel – were expected to see 10,000 people a year. Some teams could have up to 10 members, he said. Public Health permanent secretary Dr Jessada Chokdamrongsuk said the clinics were located in large cities with easy access for rural people nearby.

He said the services would be on par with those provided in the outpatient wards of major public hospitals. Team members would also be sent out to care for people who were unable to leave their homes.

Jessada cited a study indicating that countries with family-doctor clinics enjoyed lower government expenditures and improvements in the quality of life. That’s why he wanted to see them in Thailand, he said. The ministry aims to eventually have 110 urban community health centres and to have enough family doctors to attend to all citizens within 10 years.

“The key that will boost people’s trust in the service is showing preparedness to provide the service, in terms of manpower, especially doctors – who must be graduates in the field of family medicine – and the facilities and equipment,” Jessada said. “We have set up these pilot centres to boost the public’s confidence and create trust, so that people will use the services, which will be on par with a hospital’s outpatient ward in terms of doctors and multidisciplinary staff and equipment like X-ray and ultrasound devices.”

Jessada said the short-term objectives were to reduce crowded conditions at public hospitals by 60 per cent and shorten the waiting time for services at public hospitals from 172 minutes to 44, and reduce inpatient admissions by 15-20 per cent. The medium-term goals, he said, were to effectively prevent and control disease, reduce infant mortality by 10-40 per cent, and boost medical service quality for the chronically ill and the elderly.

In the long-term, the aim was to reduce people’s travel expenses to and from hospital by Bt1,655 per capita, save 25-30 per cent on their health expenses, and save the country up to Bt50 billion per year.

It will follow the “3S” principle – staff, system and structure – presenting a multidisciplinary team led by three doctors, nurses, a dentist, a pharmacist, a practitioner of traditional medicine and other personnel. They will provide a “one-stop service” system with appropriate infrastructure, including medical supplies and equipment.

The centre has already reduced waiting times typical at Phetchabun Hospital by 3- to 5-fold and is treating 2,996 people a month, with public trust increasing. The centre’s score in terms of user satisfaction was 91.25 per cent, the source said.