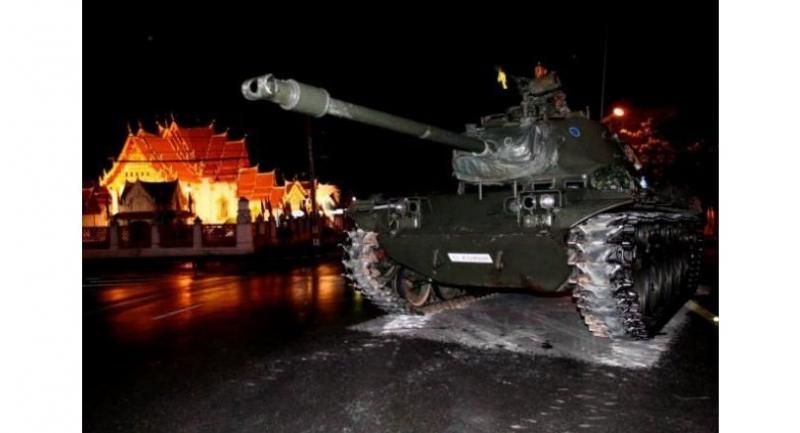 THE NATIONAL Council for Peace and Order (NCPO) has given the go-ahead for political activities to resume after four years of suppression, but doubt and distrust remain prevalent among the parties eyeing the next election.

“This means there’s no certainty. If they want to amend the order, they can,” he said. “There’s nothing certain about this. They can change everything again over the next three months.”

The easing had been highly anticipated because, for the first time since the NCPO seized power in a coup, the parties will be active again. Ekachai, however, sees only limited freedom being granted.

On the contrary, he said, even with a return to democratic rule possibly imminent, the junta decree dictates too meticulously what the parties can and cannot do. It should have lifted the ban unconditionally, he said.

Piyabutr Saengkanokkul, a former law professor who is now a key member of the pro-democracy Future Forward Party, offered a similar proposal to end the political suppression.

He commented on Facebook that the junta had done the political parties no favours with this strings-attached order. It was not helping to standardise democracy ahead of the election, nor helping return politics to normal, Piyabutr said.

“The parties would have immediate relief only if the NCPO would rescind all measures against political freedom.”

The junta continues to insist that some restrictions on political activity must be maintained in the interest of peace, order and public security. The violent political upheavals that preceded the May 2014 coup helped justify the military’s intervention and its tight grip on society afterwards.

But pro-democracy activist Nuttaa Mahattana rejects the equating of political activity with unrest.

“Keeping the peace is only an excuse – we should ask what the real reason behind the ban is,” she said. “The way I see it, political activity is a form of communication, and when that communication is banned, we have to ask what the NCPO is afraid people will find out about.”

Nuttaa said such limitations on freedom no longer served the public interest, only the political ambition of individual junta figures. Until now, she pointed out, they’ve been the only ones with the power to communicate and campaign for support.

Friday’s order has also prompted questions about the political reforms the junta pledged to pursue.

The junta first required parties to conduct extensive voting among all their members to allow fair participation in choosing MP candidates. It now backs the established system, allowing them to name a committee of 11 members and party executives to choose the candidates, at least for the coming election.

As for greater participation by rank-and-file party members, that’s been forgotten in favour of internal meetings and discussion, but the selection panel is under no concrete obligation to take into account the opinions heard.

Alongkorn Ponlaboot, a one-time reformer appointed by the junta, expressed disappointment over the back-pedalling.

“It’s a shame the NCPO didn’t remain insistent about the primary voting, which is the key to political reform,” he said. “Since the Constitution took effect last year, all parties should have done something to meet the constitutional requirement regarding the primary voting. “But because of time constraints, this exemption is understandable.”

Alongkorn said, though, that regardless of the shift, if parties are determined to make changes, they should be able to carry out primary voting on their own.

“The reform’s success doesn’t come from any legislation, but rather their own political will,” he said.