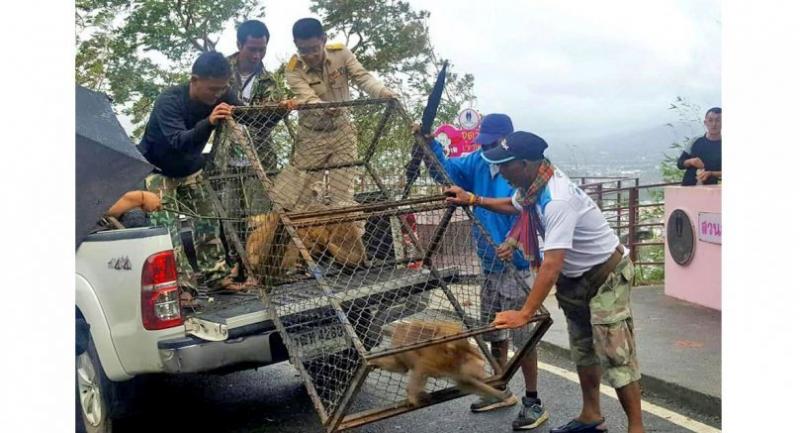 Seventy monkeys were released back to Khao To Sae (Monkey Hill) on Tuesday, five days after they were captured on the popular tourist hill overlooking Phuket Town and taken for sterilisation. This is stage II in a programme by National Parks, Wildlife and Plant Conservation Department officials to reduce the number of macaques living in areas around Phuket frequented by tourists. In stage I, captured and sterilised monkeys were repatriated to Koh Payu, a small island off Phuket.

Some 129 macaques were captured on September 13 at Khao To Sae in Rassada. A total of 250 monkeys at Khao To Sae and Khao Rang have been targeted for sterilisation in stage II before being released back to the wild.

The sterilisation process began on June 12 after public meetings agreed that the island’s monkeys, in public “hot” zones, needed to be sterilised and re-homed in a systematic programme.

Tuesday’s release of 70 of the monkeys provided a great photo opportunity for tourists visiting Phuket hill.