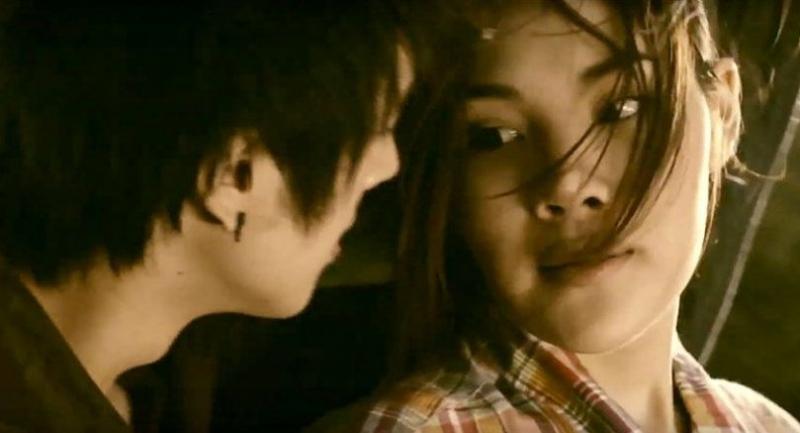 WITH ITS LGBT theme, a Thai film that first premiered in 2012 has not become rusty with time. That’s why Amnesty Thailand recently chose to screen “Mai Dai Khor Hai Ma Rak” (“It Gets Better”) to highlight its message about something to which Thai society has largely turned a blind eye.

“When under military rule, we may forget that there is something else even more powerful – a world that put humans into two categories – male and female – and love itself,” said Thammasart University lecturer Chalidaporn Songsamphan at a discussion held right after the screening.

On the surface, “It Gets Better” seems like a typical romantic-comedy, with many wisecracks and jokes, tear-jerking scenes and broken hearts, but director Tanwarin Sukkhapisit said she used this genre to mask the “risky” core of the film.

“Love is the most dangerous thing. We can hurt those we care about with pure, good intention,” Tanwarin said.

In the film, the character Din was forced to ordain as a novice monk by his loving father who believed that Buddhism would cure his son from the “sickness” of homosexuality.

Yet, Din undergoes sex change and opens “The Fountain” – a fabulous cabaret venue – to embrace another transgender woman and become fully herself. However, out of fear of disappointing her father, Din never returns home – not while she is alive.

“Love is a trap,” lecturer Chalidaporn said. “Society has taught us to oppress ourselves – thinking that being transgender is disgusting and that those we love will be disgusted by who we are.

“Being shouted at and ridiculed by others does not hurt more than judging oneself,” she said.

“We think Thailand is a gay paradise. That is wrong. The fact that we don’t physically abuse a transgender woman on the street doesn’t mean we truly accept them,” she added.

Apart from fiercely criticising the oppressive excesses of a heterosexually dominant society, the film tries to break free from the dominant assertion of sexual desire – that “straight” men are never turned on by any gender except women.

“ ‘Straight men only love women’ – is that a fact or are we all brainwashed into thinking it is a fact?” asked Tanwarin, who also wrote the script for the film.

“It Gets Better” presents unconventional intimate scenes – both symbolically and directly. There is one scene between self-claimed straight man “Ton-mai” and a boyish transgender woman “Ton-liew”.

Another is between a transgender woman, “Sai-tarn”, and “Fai”, a straight man who was once involved with a woman, but now boasts of how “popular” he is among the transgenders.

“It Gets Better” even ventures into the religious realm, presenting a monk who is in search of Nirvana but gets turned on by a novice, ending in forbidden sex.

“I want to present that gender is fluid, that everyone is genderless, we simply have a sexual organ, what we do with it is our choice,” Tanwarin said.

Ton-liew, for instance, identifies as a transgender woman, but has kept his male organ and does not hesitate to punch a thug in the face.

She even sings with two different voices – one deep and husky, the other sweet and feminine.

She is “the symbol of freedom”, Tanwarin explains, adding that she believes people are locked into a category and must break free.

“We have LGBTIQ [lesbian, gay, bisexual, transgender, intersexual and queer] and the letters go on. Why does society put us in a category?

“I get turned on by men, not women. But I’m neither transgender nor gay. So which category should I be in? Can’t we all just be human?” she pleaded.