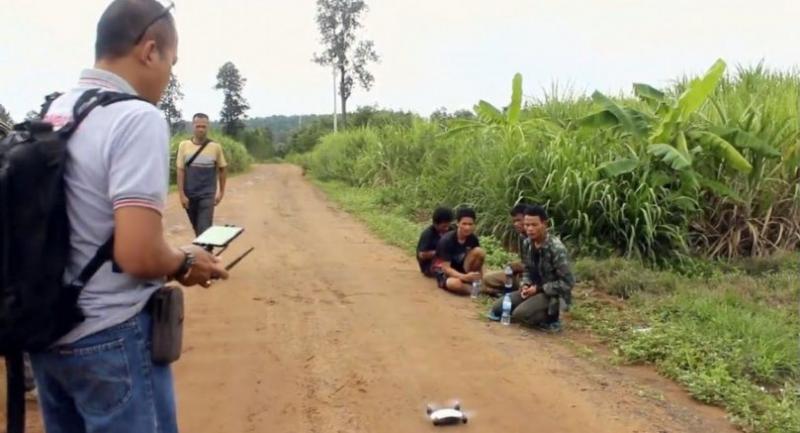 Forestry officials, backed up by Army troops, tracked and arrest the seven suspects inside Thap Lan National Park in Ban Map Krad in Tambon Ban Mai after they made the first arrest on Tuesday.

On Tuesday, a forestry patrol inside Thap Lan National Park spotted 30 men carrying bags from the forest. Officials arrested one suspect while the others fled into the forest.

The seven suspects said they were hired by a businessman to carry the rosewood pieces back to Cambodia. They said they walked two days from Cambodia to the location.

Officials seized 50 pieces of Siamese rosewood from the group.