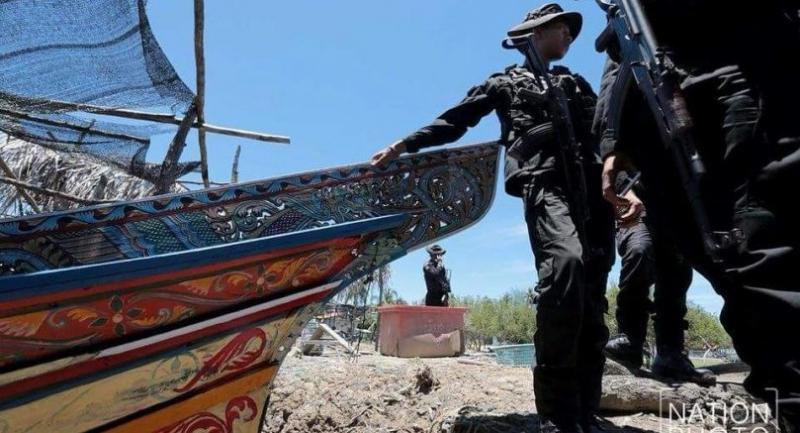 THE National Human Rights Commission (NHRC) has taken up a complaint by Pattani residents against the Fourth Army Region’s declaration of “special control zones” in Nong Chik district. Since Sunday, Army troops in tambons Bang Khao and Tha Kham Cham have been conducting house raids, detaining suspects and getting people to surrender their firearms and vehicles for inspection, NHRC member Angkhana Neelapaijit said yesterday.

The “special zone” declaration will be in effect until Sunday. After receiving the complaint on Monday, Angkhana said the NHRC will check to see if the Army measures taken were legal or merely heavy-handed intimidation.

The complaint was filed by families whose relatives were detained for questioning over a September 11 ambush that killed two soldiers and wounded four others. The families say they fear the suspects might be beaten or tortured into confessing, Angkhana said.

She said the NHRC will study the information provided by the plaintiffs and seek additional data if required. She added that, so far, the families had been permitted to visit their relatives in custody. The authorities have said that three of the eight suspects detained have confessed to taking part in the ambush.

The Forward Command of the Internal Security Operations Command Region 4 has given residents until Sunday to surrender any weapons and ammunition, but also vehicles – including boats and motorcycles – for examination at the Nong Chik District Office. Angkhana said the NHRC would ask the Fourth Army Region chief to explain why the inspection of vehicles was necessary, adding that many residents were uneasy about this because some vehicles had been purchased by people living in Malaysia for their relatives living in Nong Chik.

“If they fail to present the vehicles for inspection, they could undergo undue scrutiny,” she said, adding that many saw this as a witch-hunt.

However, Nong Chik district official Hatthaya Taemamu said the requirement to check weapons and vehicles was not a move to find fault, but to ensure peace and order in the community.