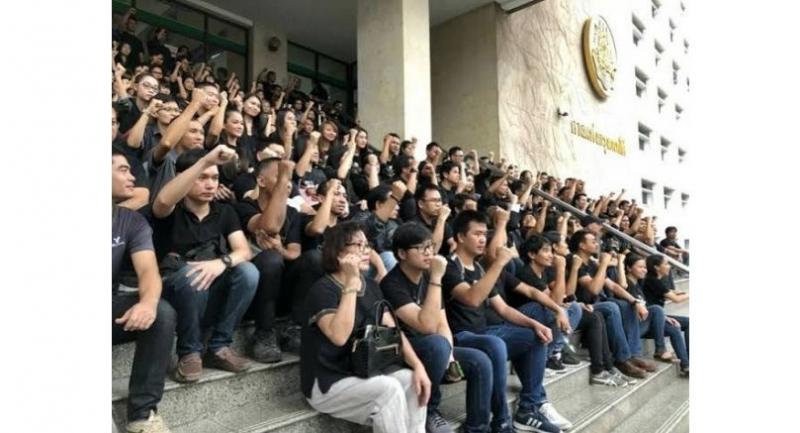 Ford Thailand was ordered on Friday to pay compensation worth Bt23 million to buyers of three of its models that were found to have defective clutch and gear systems.

The lawsuit was filed against Ford Sale and Services (Thailand) by 308 buyers of Ford Fiesta , Ford Focus  and Ford EcoSport models who were demanding compensations worth Bt24.7 million.

The suit alleged that Ford sold cars that were defective in the manufacturing process.

All 308 co-plaintiffs and their lawyers were present for the reading of the verdict.

The court said Ford manufactured about 90,000 versions of the three models a year but the company found only 500 vehicles with the defect and so far no-one has been injured or killed because of the problem.

Although Ford admitted that the cars involved had defective clutch and gear systems, they could be fixed and the parts could be changed so the three models were not regarded as dangerous substandard goods. As a result, the court has no power to force the company to buy the cars back from the purchasers or recall models that were already in the market.

But Ford was ordered to compensate the buyers of the defective cars for the loss of the market value, Bt20,000 for each repair and Bt1,000 per day for the loss of use of the vehicle during its repair.

The 296 plaintiffs will receive compensations worth Bt15,000 to Bt240,000 for a total amount of Bt23 million, plus interest at the rate of 7.5 per annum from the lawsuit date.

The court order Ford to pay the compensations within seven days.

The court also rejected suits filed by 12 buyers, as six of them modified the cars to use LPG gas and the others failed to send their cars for regular maintenance service.

Jinna Yaem-uam, a lawyer, said the verdict was a victory for consumers and showed that if consumers join forces, they could fight and win against a giant conglomerate.

Jinna said the case would set a precedent that consumers will not be taken advantage of by giant firms.

"This is a historic case because [the company] was sued based on the amendment to the Civil Code on May 25, 2015, on class action lawsuits," Jinnna said.

Korpsak said the plaintiffs would consider appealing the verdict.

The plaintiffs have 30 days to consider a possible appeal.