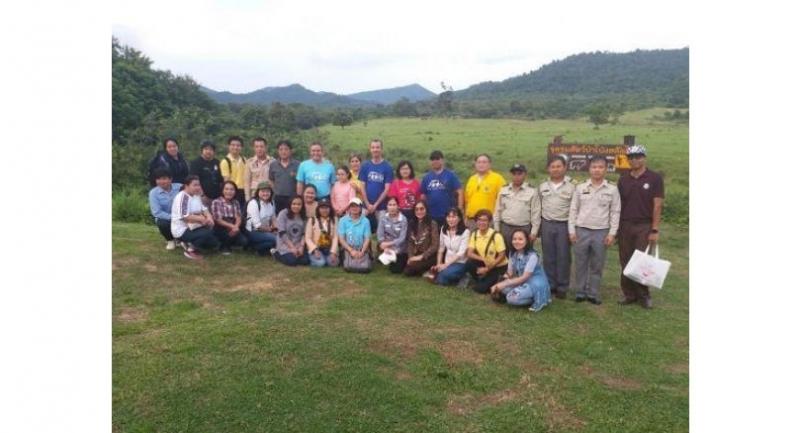 Representatives of Unesco’s World Heritage Committee visited the Kui Buri National Park on Sunday to gather information about the conflicts it has been hit with, and gauge if the Kaeng Krachan Forest Complex, which it is part of, can be granted the World Heritage Site status.

The group, led by the Office of Natural Resources and Environmental Policy and Planning (ONEP), met members of local conservation organisations who are working on the plight of elephants in the park.

The Unesco group – which included the envoys of Cuba and Kuwait as well as the Spanish consul-general – was briefed about conflict management in the area, as well as the eco-tourism efforts the park has initiated with locals.

Public participation is one of the many issues that have delayed the World Heritage designation process of the complex, comprised of the Kaeng Krachan, Kui Buri and other national parks in the same forest cluster in the Lower West, since it was submitted to Unesco for consideration in 2011.

The other key issue is the unclear boundary with Myanmar’s adjacent protected area, which has also been nominated for World Heritage status.

In 2016, Unesco called on Thailand to address the issue concerning public participation and community rights in the forest complex. It also asked both Thailand and Myanmar to come to a decision on their overlapping boundary claims.

Thailand currently has six sites proposed for the World Heritage status, and plans to push for Kaeng Krachan Forest Complex at the next Unesco World Heritage meeting, ONEP said.