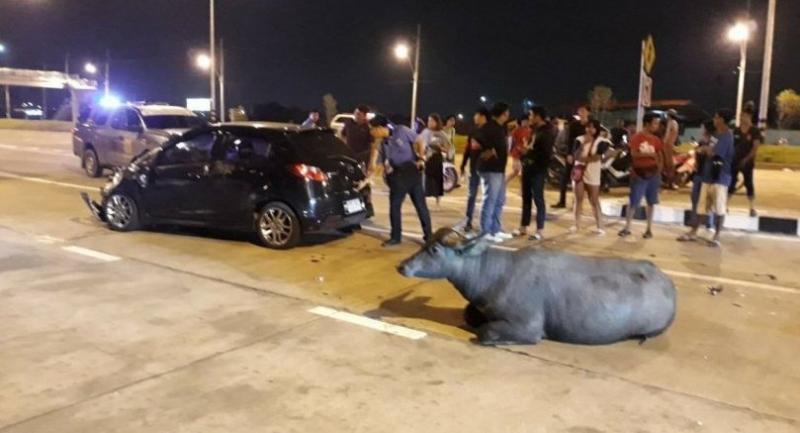 Two water buffaloes from an abandoned herd were hit and severely injured by a car on a road in Bangkok’s Prawet district late on Monday night. The Prawet police station was alerted of the accident at 10.25pm on the new Srinakharin Romklao road near Raja Kosa Temple. They found a male albino buffalo with a broken front right leg and another with both front legs broken. The driver, who asked not to be named, was slightly injured.

He claimed three buffaloes had suddenly crossed the road in front of his car and he was unable to stop in time.

Local residents told police that the owner of the buffalo herd had died years ago, leaving the animals to live in the area on their own.