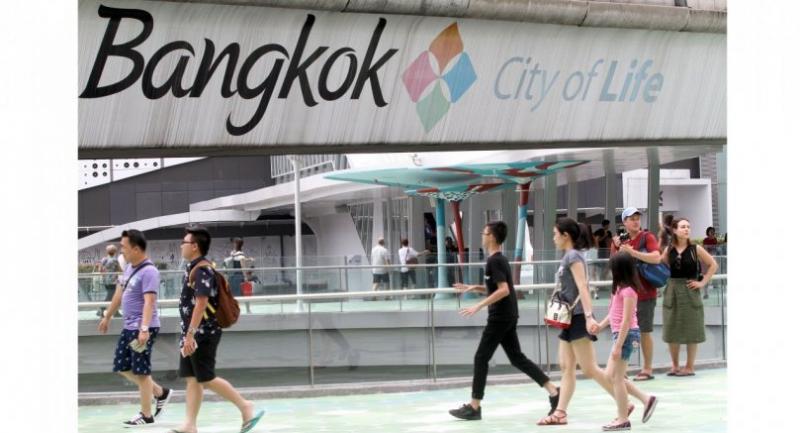 NEARLY HALF of Bangkok’s residents are losing their happiness due to stress, with bread-and-butter problems ranking among the most common causes. Bangkokians were also found to be less happy overall in comparison to people living in other provinces.

These conclusions come from surveys conducted by the Mental Health Department. Bangkok residents were surveyed between July and August this year, while people in other provinces were surveyed in 2015.

It is normal for people to have a certain level of stress, but this should not go beyond level 4 in a stress-assessment scale, he said.

However, the survey found that nearly half of the adults living in Bangkok had stress levels of five to 15.

“About 8 per cent have recorded stress at between 10 and 15, which means they are extremely stressed out,” Boonruang said.

Targeting Bangkokians between 15 to 60 of age, the survey covered students, civil servants, workers, vendors, company employees and the unemployed. The largest group of respondents held a Bachelor’s degree and earned between Bt25,001 and Bt35,000 a month.

“Nearly one in four respondents suffer sleep disorders due to stress,” he revealed, adding that stress made some respondents frustrated, others irritable, while some preferred to stay away from people.

When asked how they dealt with stress, 20.92 per cent said they tried to accept their problems, while 15.80 per cent opted for watching movies or television. Another 8.56 per cent chose to visit temples to make merit, while some 6.62 per cent worked out their frustrations in the gym and some 5.52 per cent preferred to go travelling. Only 4.99 per cent tried to find a friend to talk to.

Boonruang said judging by the 2015 survey of people outside the capital, Bangkokians were certainly less happy.

The happiness level of about 32.11 per cent of Bangkok participants was lower than normal.

“We hope to boost happiness for all Thais,” Boonruang said.