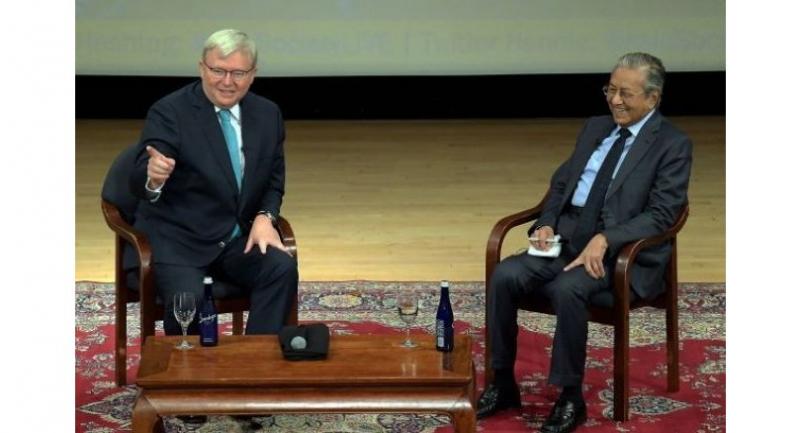 Dr Mahathir (right) with former Australian Prime Minister Kevin Rudd who was the moderator during a dialogue at the Asia Society while in New York.

Responding to a question on what needs to be done to improve the country's education system during a dialogue at the Asia Society here, Dr Mahathir said it was important to increase the use of English as it was a universal language.

In addition, Dr Mahathir said values play a very big role in the development of society.

He said Malaysia would not do what some countries did which is to teach children to love their national leader.

"We are not going to do that. We are going to tell them that stealing is bad, don't steal, being trustworthy is good, is that wrong?"

Dr Mahathir said he wanted to hold the Education Minister portfolio apart from being Prime Minister as he wanted to revise the school curriculum.

"However, we have made a promise in our manifesto that the Prime Minister may not hold any other portfolio, so I had to give it to someone else.

"However, I am in close contact with him," he added.

Dr Mahathir, who is on a five-day working visit to the US, is scheduled to speak at the UN general assembly on Friday (Sept 28) at about 11pm Malaysian time.