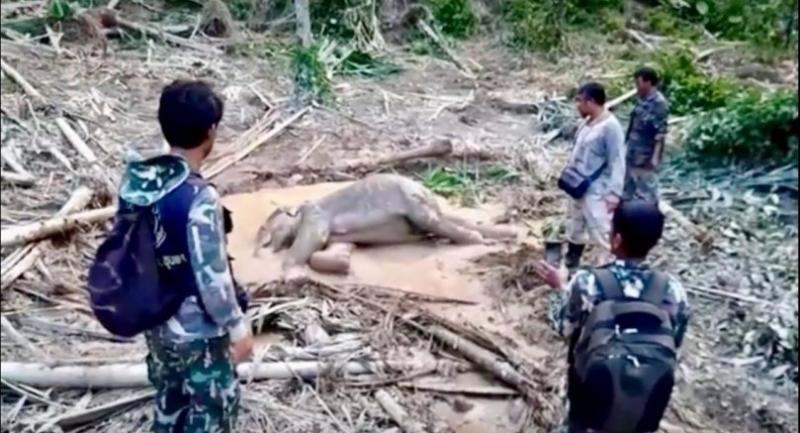 Wildlife officials have rescued a three-year-old wild elephant that was badly injured when it fell down a steep mountain in Chumphon's Thung Tako district. Suchart Phonong, spokesman of the wild animals conservation office of the National Parks, Wildlife and Plant Conservation Department, said on Saturday that the bull elephant was spotted lying in muddy water at the foot of a mountain in Ban Chan Rane in Tambon Tako on Friday. The elephant appeared to have suffered a back injury and could not stand. It was believed to have fallen about two days earlier.

Officials had to use a bulldozer to lift the elephant onto a truck and transport it back to the Ngao Waterfall National Park to receive preliminary treatment, before being sent to an elephant hospital in Krabi, Suchart said.