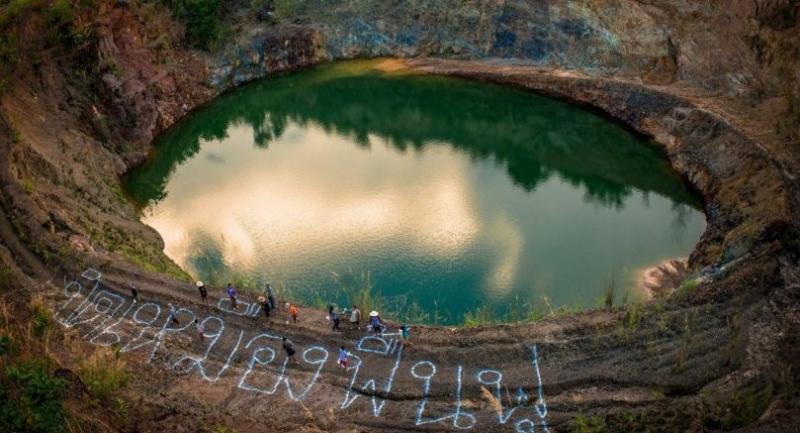 Fortify Rights has accused Thai authorities and a Thai gold mining company of violating the rights of local environmental defenders involved in opposing a gold mine in northeastern Thailand for more than a decade.

Amy Smith, executive director of Fortify Rights, said on Tuesday it was high time the government ensured environmental defenders can carry out their legitimate work without fear of abuse or retaliation.

She was speaking as her organisation released a new 90-page report, “We Fight to Protect Our Home: Reprisals Against Environmental Defenders in Loei Province, Thailand”.

The report documents 10 years of alleged abuses against a mining-affected community in Loei’s Wang Sa Phung District, including judicial harassment, arbitrary detention, death threats, and violations of the rights to freedom of expression, peaceful assembly and a healthy environment.

“This community is facing ongoing reprisals for standing up for their environment, their rights, and their livelihoods for years,” said Smith.

In 2007, residents of six villages surrounding a gold-copper open-pit mine operated by the Thai-registered mining company Tungkum Ltd formed Khon Rak Ban Kerd Group (KRBKG) to fight for the closure of the gold mine and remedies for adverse health and environmental impacts they say are linked to the gold mining operation.

But members of KRBKG have faced criminal prosecutions for their non-violent and legitimate activities.

Fortify Rights conducted a three-year investigation into human rights violations and abuses against members of KRBKG and others in the community. The report is based on 59 interviews with survivors and eyewitnesses, government officials and others in multiple locations in Thailand.

Fortify Rights also monitored 22 legal proceedings brought by Thai authorities and Tungkum Ltd against environmental defenders involved in opposing the mining operations, and obtained and analysed more than 1,900 pages of evidence including legal documents, and more than 500 videos and 1,000 photos.

According to Fortify Rights, Thai authorities initiated three criminal complaints against 14 members of KRBKG for engaging in protest activities related to the gold mine last year. Tungkum Ltd also filed at least 19 criminal and civil lawsuits against 33 Loei residents and members of the KRBKG as well as against a freelance journalist between 2007 and 2017. One case involved a complaint against a local 15-year-old girl.

“This lawsuit was brought to make all the residents feel afraid to oppose the mining operations,” said Suphat Khunna, a 45-year-old farmer who faces criminal charges for participating in a peaceful protest against the gold mine. “It causes worry and concern.”

“Thai authorities should fully investigate and remedy potential environmental and health impacts resulting from the gold mine,” said Smith.