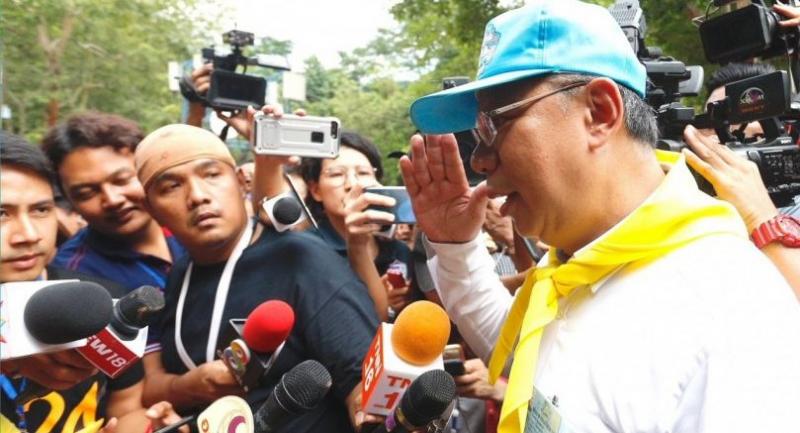 The ex-Chiang Rai governor who commanded the rescue operation for missing Mu Pa footballers and their deputy coach has said he will join the team on their trip to the Youth Olympic Games in Argentina.

The leadership of Narongsak Osottanakorn, now Payao governor, has been praised for helping turn “Mission Impossible” into “Mission Possible” in the successful effort to find and rescue the trapped 12 Mu Pa football players and their deputy coach inside the Tham Luang cave.

Narongsak led the mission to its perfect outcome with cooperation from international teams in an operation that gripped the world’s attention for two weeks.

Some considered it a miracle just to find the boys 10 days after they went missing in the cave in late June.

Getting them out of the flooded cave was even tougher but all were removed safely to the relief of their parents and those following developments from around world.

The team will travel to Buenos Aires in Argentina to attend the Youth Olympic Games from October 4 to 9 and have been invited to watch the opening ceremony at the invitation of International Olympic Committee (IOC) president Thomas Bach.

Bach revealed that he decided to invite them to the Games as they reflected truly Olympic values by showing great strength and resilience despite being trapped. Travel and accommodation expenses will be covered by the IOC.

Bach will meet the team during the visit. According to the IOC website, the committee is very happy the footballers have accepted their invitation to come to the Games.

“Being in the Youth Olympic Village will be an enrichment both for them and the other athletes,” Bach is quoted as saying. “We also plan to organise a football game for them so that they can not only enjoy the life in the Village, but also demonstrate their sporting skills.”

Narongsak added that the group will be in Argentina until October 9, when they will travel to the United States.

During the stay, they will give an interview to the Late Night Show in New York on October 11 and meet the media on October 12 at the Thai Consular General office before returning to Thailand on October 20.