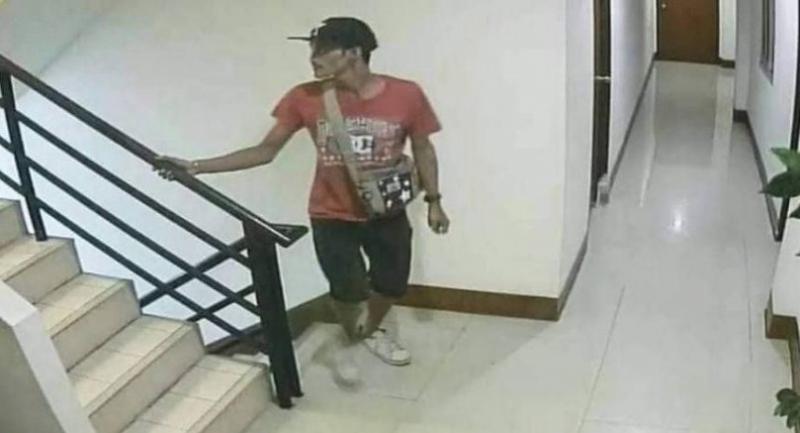 Phuket police are hunting for a suspect in a failed rape attack, hoping that someone can identify the man from a published photo.

A video clip of the man, who followed two women into a room and then later ran off, has become viral on social media since Sunday.

The victims say that the suspect was not going to steal anything, but allege that he was going to rape them.

However, he was unsuccessful and fled the condominium and sped away after the women screamed for help.

They later reported the incident to the Phuket City Police. “The Phuket City Police are now investigating the incident to find the suspect as soon as possible. CCTV footage clearly showsn the suspect’s face. If anyone can identify the man, please report it to police or call 191.”