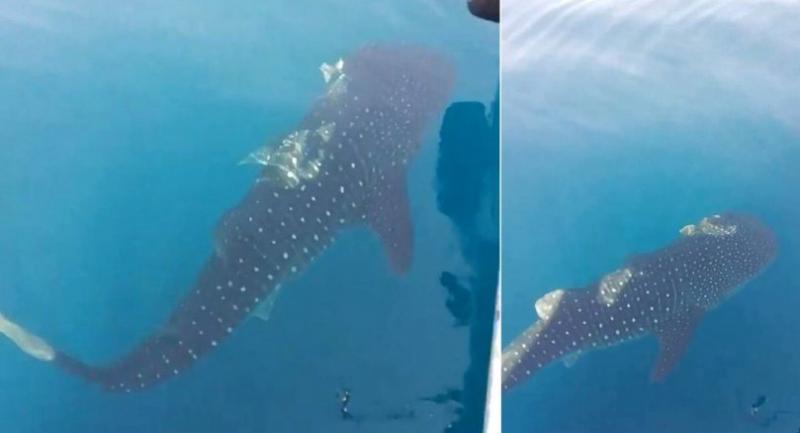 A healthy-looking whale shark was sighted off Koh Racha, south of Phuket, on Monday.

Videos of the shark have been shared widely in social media with a message reading “A whale shark is near Koh Racha and swimming near a tour boat”. “While we were between Koh Maithon and Koh Racha, about noon, we saw a big fish following the boat. It was a whale shark. The tourists were very excited. This is another tourist attraction for Phuket.”

The captain of the tour boat said he had seen another whale shark nearby, but was unable to record a video of it.