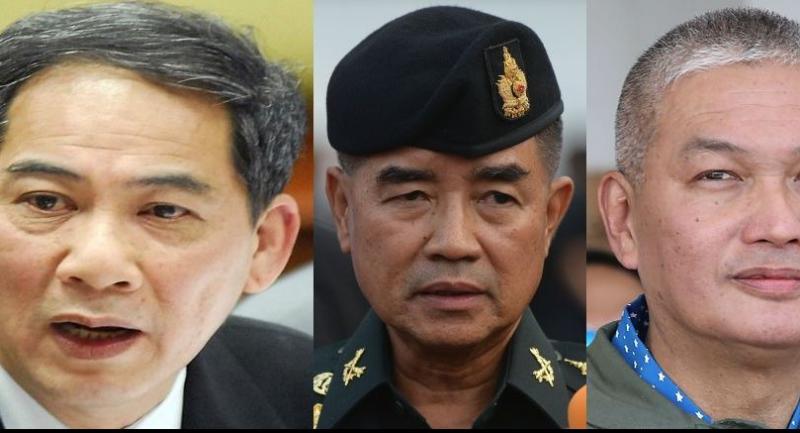 From left: Ampon, Chalermchai and Johm

His Majesty the King on Tuesday appointed a senior technocrat and two former military commanders as new members of the Privy Council.

With the royal command, Ampon Kitti-ampon, General Chalermchai Sittisart and Air Chief Marshal Johm Rungswang will serve as advisers to the King.

The command was countersigned by Privy Council President Prem Tinsulanonda and published in the Royal Gazette on Tuesday, with immediate effect.

They both were ex-officio members of the National Council for Peace and Order.

He was appointed a member of the National Legislative Assembly two months after the military coup in May 2014.