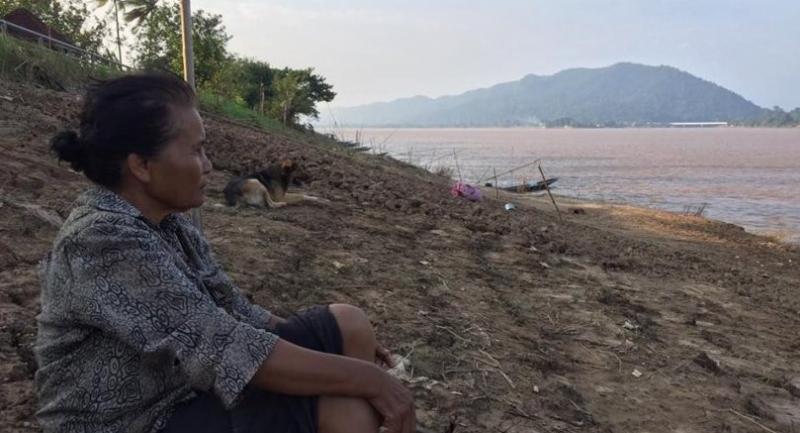 THAILAND’S finest tomato production areas along Mekong River in the northeastern region have suffered serious impacts from dams in the lower Mekong River Basin, causing financial distress for the local farmers and threatening their livelihoods.

Local tomato producers in Bueng Kan and Nakhon Panom provinces said the hydropower dams, both on the Mekong River mainstream and its tributaries, have caused significant impacts to riverbank plantations due to river-flow alterations and sedimentation, that in turn contributed to reduced yields and rising production costs.

They also shared their worries about new hydropower dam development projects on the Mekong River mainstream in Laos. They particularly singled out the Xayaburi Dam, Pak Beng Dam, and Pak Lay Dam, large dams that they said would surely cause even greater impacts to the river hydrology, and could irreversibly destroy the best tomato production areas of Thailand.

The dry season cultivation on the bank of Mekong River is widely accepted as the most suitable area for tomato production in Thailand. The river provides sufficient water for crops, the river sediment brought by seasonal floods keep the land constantly fertilised, and the local climate perfectly suits the growth of tomatoes.

Those contributing factors result in the highest tomato yields in the country in the provinces of Nong Khai, Bueng Kan, Nakhon Panom, Mukdahan, and Amnat Charoen. Raising tomatoes in the region can generate farmer profits of Bt40,000 per rai. But that is at risk, said Amnart Trichak, a tomato farmer from Nakhon Phanom’s That Phanom district. Traditional farming on the riverbank provided high profits during the dry season, but the costs are increasing and investment is becoming risky due to the impacts of hydropower dams on the environment and hydrology of Mekong River.

For the past 10 years, local farmers along the entire length of Mekong River in Thailand have been suffering from unseasonal water level rises, Amnart said. Plantations on the low-lying riverbank are inundated and crops damaged, as upstream dams in China discharge large volumes of water during the dry season to generate electricity and keep the water level high enough for river transportation.

Those problems from unseasonal floods have not been mitigated, and now farmers face additional impacts from upstream dams, Amnart said. The once nutrient-rich riverbank lands are now suffering from soil defertilisation due to dams trapping enriching sediment inside their reservoirs, resulting in sediment loss and riverbank erosion to the downstream areas.

“The lack of seasonal sedimentation is making soil infertile, so the farmers are having no choice but to fertilise their riverside gardens with chemical fertiliser, which is not only bad for the environment and health, but also adds additional expense to relatively poor farmer families,” Amnart said.

Somphon Phromprasert, a 62-year-old local tomato farmer in Bueng Kan’s Bung Khla District, said that she and other farmers in Bueng Kan are facing similar problems.

“I have seen with my own eyes that the nature of Mekong River has been drastically changing during the past decade after the dams in China were completed. The river is no longer predicable, fish are become harder to find and rapid soil degradation is underway.”