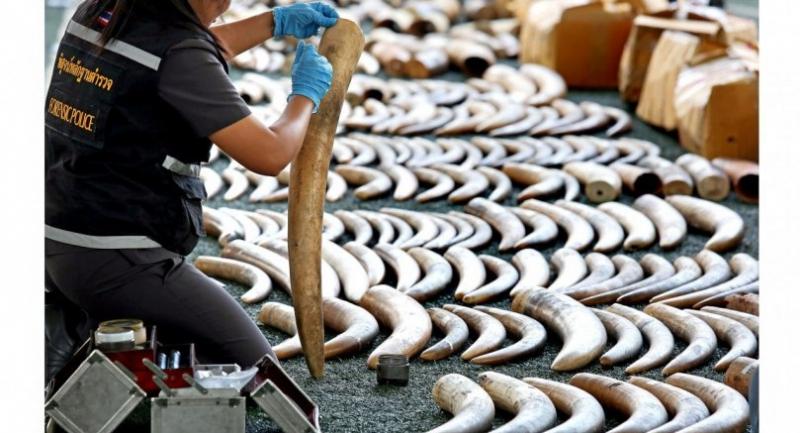 Thailand has been removed from an international watch list of eight countries of “primary concern” in the illegal ivory trade.

The decision was made at the 70th meeting of the CITES standing committee that was held from October 1 to 5 in Russia. CITES (The Convention on International Trade in Endangered Species of Wild Fauna and Flora) is an international agreement between governments whose aim is to ensure that international trade in specimens of wild animals and plants does not threaten their survival.

Thailand was one of eight nations, that included China, Kenya, Malaysia, the Philippines, Uganda, the United Republic of Tanzania and Vietnam, that CITES marked as a source, transit or destination country of illegally traded ivory. The eight countries were deemed as parties of “primary concern” in 2013. CITES had commented the efforts to crack down on the illegal ivory trade by five countries, namely Thailand, China, Kenya, Philippines, and Uganda, and removed them from the National Ivory Action Plans (NIAPs) process, which required them to submit action plans to combat the illegal trade in elephant ivory.

Somkiat said Thailand's success was because the government has in past years implemented measures to prevent and suppress African ivory smuggling into Thailand.

The measures involved the 1992 Wildlife Conservation Act amendments to include African elephants as a protected species, the passing of the 2015 Elephant Ivory Tusks Act, the upgrading of regulations and procedures for elephant registration and overall stricter law enforcement against illegal traders. Concerns were also expressed over a neighbouring country to Thailand that is still reportedly in the elephant skin trade.

Thailand affirmed that it would cooperate in the crackdown so the elephant skins would not be smuggled into Thailand, Somkiat said. According to a Thai Customs Department report, authorities in 2017 intercepted 16,730 elephant tusks and ivory products weighing 75 kilograms and worth Bt7.5 million.